The Cotton Research and Promotion Program (the Program) will celebrate its 50th anniversary in 2016. The Program is carried out by cotton farmers and cotton importers who work together to increase the demand for and profitability of cotton. Its purpose is to educate consumers about cotton and to research, innovate, and promote cotton and cotton products. History By the mid-1960s, ... END_OF_DOCUMENT_TOKEN_TO_BE_REPLACED

Back To School Means More Cotton 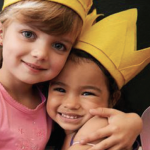 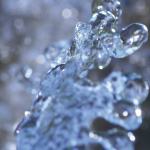 Even though some cotton varieties have natural drought tolerance built in, weather patterns of erratic rainfall and predictions of increased competition for water resources in the future are of concern to the entire cotton-growing community. Last year, Cotton Incorporated managed more than 40 research projects that were explicitly focused on better ways to capture rainfall, manage irrigation water and improve ... END_OF_DOCUMENT_TOKEN_TO_BE_REPLACED 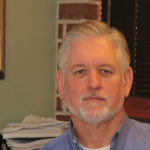 United States cotton producers intend to plant 9.549 million acres this year. If realized, this will be 13.5 percent less than 2014 and the lowest acreage since 2009. This decline is not unexpected; cotton prices are low for the second year in a row. Also, the new Farm Bill seems to provide incentive to shift acreage from cotton into “covered ... END_OF_DOCUMENT_TOKEN_TO_BE_REPLACED 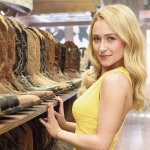 Mid-April marked the release of Cotton Incorporated’s new advertising campaign with a heartfelt look at why cotton is a consumer favorite and a call to action to check your labels for cotton content. The new campaign focuses on real stories, from real people talking about their favorite cotton items. The “favorite” commercials feature various cotton staples such as denim and shirting but will also include trending favorites such as athletic apparel. Kim Kitchings, vice president of corporate strategy and program metrics for Cotton Incorporated, says that many cotton pieces have a great story to tell. END_OF_DOCUMENT_TOKEN_TO_BE_REPLACED 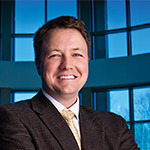 In recent crop years, Chinese import demand was supported by official cotton policies. The defining element of these policies was a government stockpiling program that enforced price guarantees made to producers by physically taking possession of bales. Guaranteed prices of 50 cents per pound or higher than international levels motivated 85 to 90 percent of the Chinese harvest to flow ... END_OF_DOCUMENT_TOKEN_TO_BE_REPLACED

Research Helping In Fight Against Pigweed 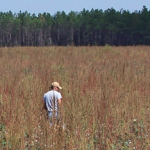 SePRO Corporation has collaborated with weed scientists from universities, USDA, Cotton Incorporated and the National Cotton Council to develop a new herbicide mode of action for cotton. Brake, with the active ingredient fluridone, was discovered approximately 35 years ago and was an outstanding cotton herbicide with excellent crop safety but was not commercialized in U. S. row crops. However the ... END_OF_DOCUMENT_TOKEN_TO_BE_REPLACED