NCGA Sees Quality Preservation As An Important Goal For 2016
At the National Cotton Ginners’ Association 79th membership and board meeting in Dallas in early February, the board covered reports from committees on a wide range of topics, including technology, safety and labor, and legislative.
NCGA members are keenly aware of the importance of quality, such as fiber quality preservation and lint contamination prevention. The NCGA will be at the forefront of the educational program as the industry works to achieve its goal of zero contamination. 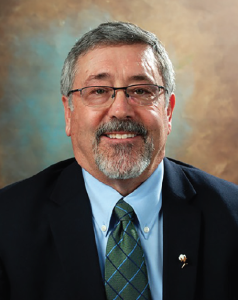 Among other NCGA priorities include adequate funding for the three federal ginning laboratories so fiber quality and efficiency research can continue. NCGA also will monitor the Department of Labor’s Wage and Hour and OSHA interpretation of regulations and how they are applied to cotton gins. Environmental regulations, such as those associated with air quality, will continue to be closely monitored.

The association will work with the Food and Drug Administration as the animal feed rule is being implemented. And because a well-trained workforce is important for the industry’s health, the NCGA will continue to support the three ginner schools.

Recognized at the NCGA annual meeting was the 2015 Horace Hayden National Cotton Ginner of the Year – Louis Colombini, who is manager of the Westside Farmers Coop Gins in Fresno, Calif., and an active California ginner leader.
The award is presented annually to a ginner in recognition of: 1) able, efficient and faithful service to the ginning industry and 2) continuing those principles exemplified and practiced by Horace Hayden, a former NCGA executive secretary. 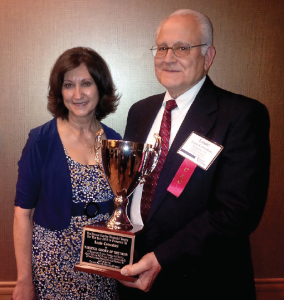 Louis Colombini, the 2015 Horace Hayden National Cotton Ginner of the Year recipient, with his wife, Christie.

Colombini has served on numerous California Cotton Ginner Association committees including serving as its chairman in 2000 and 2001. He is a past chairman of the California Association of Grower Owned Gins. He has participated on the national level through the National Cotton Council, serving both as a ginner delegate and as a ginner director.

Raised on a small cotton and vineyard farm in Fresno, Colombini received a bachelor’s degree in agronomy from California State University, Fresno. After working for Producers Cotton Oil managing its Corcoran and Angiola Gins, he was the ranch coordinator for South Lake Farms before moving to the Buttonwillow Ginning Co. He joined Westside in 2007.

In addition, Barry Nevius, who has served as a safety and loss control specialist for the Southeastern Cotton Ginners Association and headed up its safety-related activities since 1998, received

NCGA’s 2015-2016 Charles C. Owen Distinguished Service Award. That honor recognizes those who have provided a career of distinguished service to the U.S. ginning industry.

Nevius has helped elevate the importance of gin safety during countless training sessions, including at the annual NCGA Ginner Schools, and has spoken on that topic at the annual Beltwide Cotton Conferences and at multiple Southern/Southeastern meetings.

Harrison Ashley, executive vice president of the National Cotton Ginners’ Association, contributed this article.
Please contact him at 901-274-9030 or hashley@cotton.org.

Print & Email
Conservation Ginning regulation 2016-03-01
admin
Previous: Southern Southeastern Highlights
Next: The Dads You Didn’t Have to Be