Everyone producing cotton, especially in the Mid- South, remembers the days not so long ago when Temik (a carbamate pesticide) was used in our furrows as the main line of defense against thrips. Everyone knows how careful one had to be to avoid contact with the mixture – how hazardous it could be to farmers and workers. Around five pounds of Temik per acre was applied to achieve a good stand of cotton. 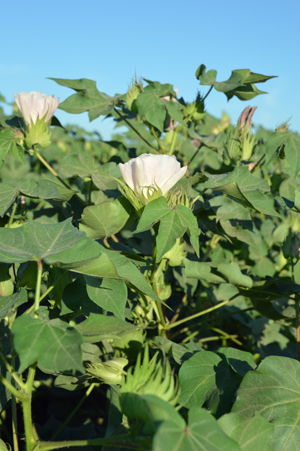 For several years, neonicotinoids have been an important component of U.S. cotton production.

All that changed with the introduction of neonicotinoids, or “neonics,” which selectively target pests while greatly reducing the volume and frequency of pesticide applications. Peracre pesticide load went from around five pounds of Temik to a few ounces per acre of neonics. Now neonic-coated seeds are planted that pose no threat to farmers, workers or farm animals AND at the same time protect the cotton from an even wider array of pests – including wireworms and plant bugs. Some even suggest that neonics’ impact on cotton production has been comparable to the highly successful USDA-sponsored boll weevil eradication program in the early 1970s.

But there are warning signs that this critical tool may soon be lost. Environmental activists have been putting enormous pressure on the Environmental Protection Agency (EPA) to ban neonics, which they claim are the main culprits in honey bee population declines. The evidence that the insecticides are the main cause is sketchy at best. In fact, this “bee-pocalypse” is complete fiction. Bee populations were steady in the United States – at about 2.5 million hives – since before neonics were widely used, and bee numbers are growing around the world. Real world experience and multiple field studies also demonstrate the neonics pose no harm to bees around the farm. These “inconvenient truths,” however, have been lost in the political strong-arming going on in Washington.

In October, EPA – co-chair with USDA of the pollinator protection initiative – issued a slap-dash study concluding that applying neonics doesn’t improve soy yields. Anyone who knows anything about soy could tell immediately that the study ignored Extension research documenting precisely the opposite. The fact is, neonic yield benefits have meant hundreds of millions of dollars in additional income to soybean farmers over the last decade, as well as other farmers, including cotton farmers.

Today, EPA is targeting soy production. Will cotton be next?

The same kind of politicized science in Europe resulted in a ban in the European Union (EU) on neonics at the end of 2013 on the basis of questionable evidence. In December 2014, a scandal erupted when a Brussels-based blogger discovered a “smoking gun” memorandum left on the Internet by a Dutch toxicologist. It detailed a deliberately engineered plan by a group of environmentally committed scientists working for a green pressure group, the International Union for Conservation of Nature (IUCN) in 2010, to produce a series of papers that would “demonstrate as convincingly as possible” that neonics were causing widespread damage to the environment and had to be banned.

In other words, these “scientists” – who were all working for a task force that was funded by the EU itself – had already reached their conclusions before any of their studies had even been started. The ban on the use of neonics has already done huge damage to agriculture all over Europe. In the UK, for instance, oil seed rape (OSR) farmers have lost 43 to 46 percent of their crops to the ravenous flea beetle.

While OSR isn’t cotton, the implications for the cotton industry are clear. As a recent study that reviewed data from more than 1,500 field studies for all crops from 1993 to 2014 by AgInfomatics underscored, adverse impacts to the cotton industry would extend well beyond the farm – to ginning, transporting, warehousing and exporting. Without neonics, cotton farmers would be forced to choose between reverting to older, discontinued pesticides or shifting to alternative crops that provide far less local employment.

America’s cotton farmers need to be heard loud and clear in Washington so that highly questionable concocted “science” doesn’t stampede politicians and bureaucrats into decisions that could devastate our cotton crops and produce a real “community collapse disorder” in the cotton-growing regions of the country.