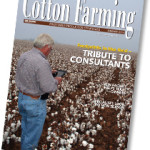 After months of anticipation, Monsanto has announced that three new cotton varieties will be launched for the Deltapine Class of 2014, including a variety bred for resistance to root-knot nematodes (RKN). The announcement occurred at the Charleston Place Hotel in Charleston, S.C., where approximately 150 farmers attended. All of the farmers were participants in the New Product Evaluator (NPE) program. ... END_OF_DOCUMENT_TOKEN_TO_BE_REPLACED

Bryan Clenney has plenty of experience with sandy soils and nematodes where he farms in Baker and Miller Counties of southwest Georgia. One field in Baker County is so sandy that he’s nicknamed it the “Mojave Desert.” “When you’re in that field, it looks like you’re at the beach – without the ocean,” Clenney says. “And that field is eaten ... END_OF_DOCUMENT_TOKEN_TO_BE_REPLACED 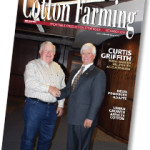 Cotton seed breeders continually work to bring new varieties to the field in an effort to offer producers more options from which to choose for the upcoming season. 2014 is no different. In addition to companies conducting field trials and showcasing them at fields days throughout the growing season, many producers work in concert with them to see how the ... END_OF_DOCUMENT_TOKEN_TO_BE_REPLACED

Dr. Chris Main Cotton Development Specialist, Dow AgroSciences Not to say that any cotton season is normal, but as producers approach the end of this one, they do so with a sigh of relief. It’s been a wild, late crop that has presented cotton producers with many challenges. As you look back on the successes and challenges of the 2013 ... END_OF_DOCUMENT_TOKEN_TO_BE_REPLACED 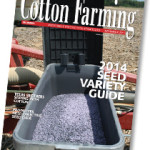 By Tommy Horton Editor Rackler BrothersTo survive as a cotton farmer in the Hockley County area of West Texas takes stamina, perseverance and a lot of studying. No, this isn’t about preparing for a final exam in college. It’s about meticulously observing all aspects of a farming operation to make smart business decisions for growing cotton. Considering that the state ... END_OF_DOCUMENT_TOKEN_TO_BE_REPLACED

Abundance Of Information: BWCC in NOLA

Abundance Of Information Available To Attendees At 2014 BWCC In New Orleans Those involved in helping producers make key cotton production/marketing-related decisions – including consultants, researchers, Extension specialists/agents and industry sales/support personnel – will find an abundance of information at the 2014 Beltwide Cotton Conferences, set for Jan. 6-8 at the New Orleans Marriott Hotel. The National Cotton Council-coordinated forum ... END_OF_DOCUMENT_TOKEN_TO_BE_REPLACED

Producers Have Many Options For Cotton Varieties In 2014 Season

By Tommy Horton Editor Cotton producers will once again have many options when it comes to choosing cotton varieties in 2014, but that still means a lot of studying will be necessary before a final decision is reached. Gone are the days when a farmer and his consultant could observe a new variety for two or three years and then ... END_OF_DOCUMENT_TOKEN_TO_BE_REPLACED