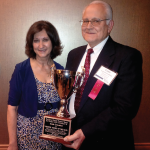 NCGA Sees Quality Preservation As An Important Goal For 2016 At the National Cotton Ginners’ Association 79th membership and board meeting in Dallas in early February, the board covered reports from committees on a wide range of topics, including technology, safety and labor, and legislative. NCGA members are keenly aware of the importance of quality, such as fiber quality preservation ... END_OF_DOCUMENT_TOKEN_TO_BE_REPLACED

It has been almost a year and a half since the Occupational Safety and Health Administration issued two violations for noise in South Texas. Two cotton gins were cited for noise levels, and OSHA is saying it wants these ginners to require all workers in their plants to wear hearing protection. This is in spite of the fact that OSHA’s ... END_OF_DOCUMENT_TOKEN_TO_BE_REPLACED 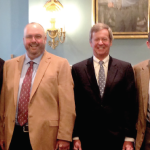 The National Cotton Council recently seized an opportunity to tell a key Congressional panel about the dire economic and regulatory challenges facing the U.S. cotton industry. What was the venue? The early December hearing was conducted by the House Agriculture Committee’s General Farm Commodities and Risk Management Subcommittee. Testifying were: NCC Vice Chairman Shane Stephens, a Greenwood, Miss., warehouser; NCC Producer Directors Shawn Holladay, Lubbock, Texas; and Cannon Michael, Los Banos, Calif.; and two other producer leaders: Kent Wannamaker, president, Southern Cotton Growers, Saint Matthews, S.C.; and Nathan Reed, Arkansas state chairman, American Cotton Producers, Marianna. They were joined by Mike Wright, executive vice president, Agricultural Lending for City Bank, Lubbock. Where do the challenges lie? Vice Chairman Stephens detailed the current economic conditions characterized by reduced acreage, struggling cotton demand and the lowest prices since 1989. Providing an agricultural lender perspective, Wright painted a bleak picture for the Subcommittee saying that with margins getting tighter every year due to higher production costs and lower commodity prices – producers need above-average yields just to break even. There is no doubt, he stated, that some cotton farmers will not qualify for financing next year, and the ability to obtain financing will become increasingly more difficult as crop prices remain low. Wright’s testimony was reinforced by Reed who testified that production costs in the Mid-South have risen continually over the past decade and he feared that region is at a tipping point. Reed cautioned that once the infrastructure of gins, warehouses and related businesses are gone, they are not likely to return. END_OF_DOCUMENT_TOKEN_TO_BE_REPLACED 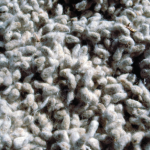 During 2015, the National Cotton Council worked diligently to encourage the implementation of sound farm programs while managing numerous trade and regulatory issues that threaten to undermine industry competitiveness. What about the farm law and trade matters? The NCC helped convince policy makers to implement the 2014 farm law’s insurance provisions beginning with the 2015 crop. We worked closely with USDA’s Risk Management Agency (RMA) to improve the Stacked Income Protection Plan (STAX) provisions for the 2016 crop year. Based on those discussions, RMA recently announced several key STAX modifications for 2016, among them: 1) allowing producers to elect a zero percent coverage range by practice; 2) allowing written agreements that affect insurable acreage to apply to STAX; and 3) making STAX coverage available for cottonseed through an optional endorsement. NCC staff and industry officials also coordinated with USDA to ensure the marketing loan program would allow cotton redemption from the loan at the adjusted world price to minimize disruption of flow and forfeitures. Equally important was getting USDA to implement a reporting and tracking system so producers and cooperatives could know their status relative to the unified payment limit. The NCC worked on multiple trade concerns. We helped defeat potentially damaging amendments to the cotton and textile industries during Congressional consideration of Trade Promotion Authority. During the Trans Pacific Partnership negotiations, we insisted that a yarn forward rule of origin be required for products granted preferential access to the U.S. market. END_OF_DOCUMENT_TOKEN_TO_BE_REPLACED

Ag Has A Good Story To Tell; Just Keep On Telling It 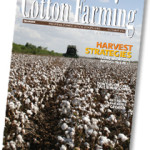 Rural America and agriculture have a great story to tell. In my experience, a good number of the problems we face in the regulatory environment are largely caused by regulators not understanding the true rural picture. When particulate regulations are being developed, researchers set up monitors in major cities and measure levels of particles. They compare the health impacts of ... END_OF_DOCUMENT_TOKEN_TO_BE_REPLACED 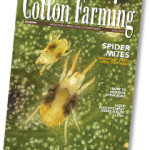 The National Cotton Council congratulated the Senate and House Agriculture Commit-tees for their efforts in moving new Farm Bill legislation through their respective committees. The NCC will encourage Cotton Belt Representatives to support their agriculture committee’s work and oppose damaging amendments when the legislation is considered by the full House likely in June. The House Agriculture Committee’s bill, which was ... END_OF_DOCUMENT_TOKEN_TO_BE_REPLACED