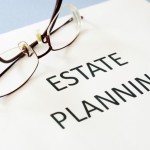 Now that everyone has settled into the New Year, it is a perfect time to review and update your estate plan. Because situations change–marriages are celebrated, children are born, deaths occur–taking the time to update previously drafted documents is critical. Draft Basic Documents First, ensure at least the basic estate planning documents are in place. This includes a will, power of attorney, medical power of attorney, and an advanced healthcare directive (often called a living will). For some, trust documents or life insurance policies may also be beneficial. Additionally, it is recommended that an inventory list be prepared. This list should include information about bank accounts, insurance policies, retirement accounts, property ownership and so forth. Taking the time to prepare these documents now can help avoid conflict and stress for loved ones left behind. Prepare A ‘Death File’ Once the basic estate planning documents are in place, it is important to ensure that they are all collected in one place and that at least one other responsible person is aware of this location. Ideal locations include a home safe, bank deposit box, or on file with an attorney. Ensure that the person(s) named power-of-attorney and executor know the location of these documents and are able to access them if needed. END_OF_DOCUMENT_TOKEN_TO_BE_REPLACED 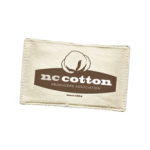 Assessments Fund Improvements in Cotton Production, Marketing & Research Andrew Burleson, president of the North Carolina Cotton Producers Association, and a cotton producer in Stanly County, has announced that a referendum will be held on Friday April 01, 2016 from 9:00 a.m. until 4:00 p.m. on the question of the continuation of the assessment, or “check-off”, on cotton for another six-year period. Purpose of assessment: The assessment allows North Carolina cotton producers to assess themselves to provide funds to pay for improvements in cotton production, marketing and research and to promote the general interests of North Carolina’s cotton industry. Amount of the assessment: The referendum authorizes up to one dollar per-bale, although the North Carolina Cotton Producers Association board of directors plans to continue the assessment at the current level of .80 cents per-bale for the foreseeable future. END_OF_DOCUMENT_TOKEN_TO_BE_REPLACED

Pulling Back the Curtain on EWG’s Playbook 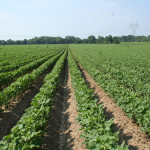 It is easier to sell fear than facts. This is a concept that the Environmental Working Group (EWG) knows all too well and has built a brand and an empire based on that business model. Scaring people about everything from suntan lotion to farm policy, you name it, they probably have some pseudoscientific report for it. And, if you just “rush a donation to help EWG before midnight tonight,” the group can “shut down” this problem once and for all, the email blasts to their followers usually reads. But, people are catching on to that game. Specifically, this past weekend, one mother and writer took EWG to task in an editorial that describes pointedly how the group has been using fear as a revenue raiser while pushing dubious claims. “It was only fairly recently that I learned that even though the EWG has secured the trust of many parents, some of their warnings and recommendations don’t hold up to scientific scrutiny,” writes Jenny Splitter in the Salon.com story. In fact, as the story highlights, the EWG uses this misplaced trust to endorse certain products and industries it is financially linked to through other business arrangements. “Now more than ever, their plans for profit are tied to the very companies they’re supposed to be independently reviewing,” continues Splitter. “If parents knew the facts, the EWG couldn’t prey on our fears.” Farm Policy Facts agrees. END_OF_DOCUMENT_TOKEN_TO_BE_REPLACED 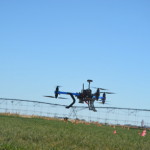 Drones are a hot topic in many circles, including the agricultural industry. However, as often happens, the law has fallen behind the technology leading many people to question (or incorrectly assume they understand) how private property rights and the use of commercial drones will co-exist. This blog series will focus on the law potentially applicable in situations where drones fly over the property of another without permission. “If a drone is flying over my property, it is trespassing and I can shoot it down.” I’ve heard this statement made several times over the last few months, and it makes me cringe. First, as will be discussed in detail below, a drone flying over one’s property may not, in fact, be trespassing. Likewise, as we will discuss in Part II of this series, there are a number of drone uses that are permitted by law in Texas. Second, additional legal concerns may exist in situations where a person shoots down a drone. Because drones used for commercial purposes will soon be governed by the FAA (to read a blog post on the proposed regulations, click here), shooting down a drone could be seen as be akin to shooting down an airplane, as both are governed by the FAA, and could result in serious consequences, including terrorism charges. Another potential claim that could be brought by a drone owner is destruction of private property. A lawsuit has been filed by a drone operator whose drone was shot down in Kentucky, seeking a ruling that drones flying in public airspace may not be shot down and compensation when they are shot. [Read article here.] Also, keep in mind that various laws regarding shooting firearms could apply. For example, it may be illegal to discharge a firearm in a person’s back yard if he or she lives in an urban area. END_OF_DOCUMENT_TOKEN_TO_BE_REPLACED 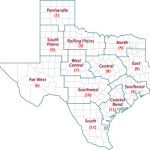 The forecast of rains for Texas this week will be music to many farmers and ranchers ears, but the coming stormy weather is not the main El Niño event, according to a climatologist. It’s more like a prelude, said Dr. John Nielsen-Gammon, state climatologist and Regents Professor at Texas A&M University, College Station. Texas is sure to get some rainfall, Nielsen-Gammon said. There’s an upper-level disturbance moving into the southwest, and a tropical cyclone in the Pacific off the coast of Mexico should feed some moisture into the state. Though El Niño may be contributing to the storms, it’s not the beginning of the main activity: the near-normal to wetter-than-normal fall and winter that climatologists are expecting. “Everything is impacted by El Niño in some way or another,” he said. “Some aspects of this weather pattern are consistent with what we expect with an El Niño. We have a fairly active subtropical jet stream developing, which is what brings the wet weather to Texas in the wintertime. The tropical cyclone activity over the eastern Pacific is also characteristic of El Niño.”But the coming wet weather doesn’t mean things have been normal so far, he said. At least 22 counties in Texas have received record low rainfall in the past 90 days. Rainfall the third week in October may help, but it is only expected to average about 2 inches statewide, which may not be enough to end the drought many parts of the state are experiencing. END_OF_DOCUMENT_TOKEN_TO_BE_REPLACED

A Look At China’s Cotton Consumption 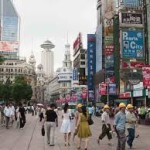 Considerable ink has been dedicated to China’s cotton consumption for the 2015/16 marketing year and beyond. As the world’s driver of the cotton economy, however, there must be constant analysis. It’s too important a market to neglect or make faulty assumptions on. For this article, I’ve taken a look at the present research from several industry publications, notable market pundits as well as in-house sources. I will fuse together all the information while musing over consumption for the coming year and going forward. To begin, it is essential to have a firm understanding of why we are here. Cotton’s current doldrums began in 2010 when Upland prices reached $2 per pound. The world, including at the time the largest cotton-growing country, China, planted row to row cotton. By the time harvest had rolled around, prices, while still historically high, had ultimately moved lower, prompting the Chinese government to embark on a massive buying program of domestic cotton. Between 2011 and 2013, the Chinese government bought more than 60 million-plus bales with average prices of $1.40 per pound (and higher) and placed it in state reserve warehouses all across the country. Most of the accumulation was domestic cotton, but some imports were repackaged and delivered to the reserves due to the inflated prices. END_OF_DOCUMENT_TOKEN_TO_BE_REPLACED