As the 2017 harvest and ginning season proceeds, many cotton producers and ginners are facing a difficult business climate.

What is the overall economic situation?
Almost 100 percent of U.S. cotton production is exported as either raw fiber or textiles. As such, our industry is heavily influenced by various global market factors, among them: 1) India’s increased cotton production and potential growing presence in the export market, 2) China’s stocks policy and import quotas and 3) competition from heavily subsidized, foreign-produced manmade fiber.

U.S. Department of Agriculture data indicate that since 2014, market returns from cotton and cottonseed have fallen significantly short of total production costs. These sustained losses are unlike any in recent history, and the Food and Agricultural Policy Research Institute sees lower cotton market revenue in 2017 and 2018 relative to the 2016 crop. 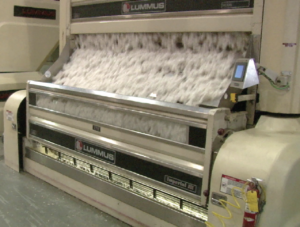 The NCC is seeking a ginning cost share program to offset a portion of a cotton producer’s 2016 crop ginning costs.

Does any profit potential exist for cotton?
Cotton still finds itself at a disadvantage relative to the major row crops that are covered by the 2014 farm law’s Title I safety net. Compounding the problem is USDA data show that average ginning costs, which for the 2008-2013 crop years were $103 per acre, have climbed to $120 per acre during the period of the current farm bill (2014-2016) — a 17 percent increase. In many cases, cotton producers are not getting sufficient revenue from their cottonseed to cover their ginning costs with current prices ranging from $130 – $150 per ton across the Cotton Belt. For example, with a cottonseed price of $130 per ton (and assuming a five-year average lint yield), a producer likely would see a $45 per acre revenue shortfall relative to ginning costs. When cottonseed prices were higher, such as the average price of $246 per ton received in 2013-14 or even the five-year average of $223 per ton (2012-2016), a producer not only could cover ginning costs but also realize additional revenue.

U.S. cotton producers and ginners in some growing areas also have faced significant production challenges due to Hurricanes Harvey and Irma. In South Texas, producers’ bumper crop expectations were dashed by Harvey. Several gin facilities and many modules were damaged. In Georgia, Irma reduced the prospects for a near-record state yield. In early fall, West Texas received some untimely rains, which could affect lint production and quality.

Any remedies available?
The bottom line is that over these past three years, many producers have lost equity and been forced to liquidate equipment and land to satisfy loans. Over the past decade, the number of businesses involved in cotton ginning and warehousing has declined by 33 and 21 percent, respectively. This ripple effect across rural communities and small towns will continue to be significant.

That’s why the National Cotton Council continues to press the Trump Administration to provide a Cotton Ginning Cost Share Program to offset a portion of a cotton producer’s ginning costs incurred with the 2016 crop. After it was initiated last year to offset 2015 ginning costs, the USDA-operated program provided crucial relief to America’s nearly 18,000 cotton farming families.
Gary Adams is president/CEO of the National Cotton Council of America. He and other NCC leaders contribute columns on this Cotton Farming page.