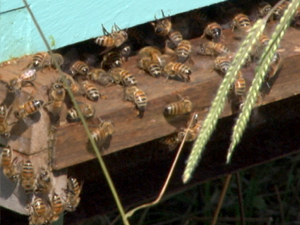 For several years, the National Cotton Council has been engaged in activities involving honeybee health decline. Although pesticides are but one of multiple contributing factors that scientists have identified for this decline, these plant protection products are receiving unjustified attention.

What is the major concern?

In March, a group of beekeepers and activists filed suit against EPA in an effort to curb the use of insecticides they say are decimating bee populations and putting our nation’s food supply in jeopardy. They claim that the link between neonicotinoids and hive declines is obvious and that EPA acted outside the law when it allowed for “conditional registration” of their use. More recently, this group along with the American Honey Producers Association, National Honey Bee Advisory Board, the American Beekeeping Federation and several individual beekeepers – and represented by the public interest law organization, Earthjustice – filed an appeal against EPA after it granted sulfoxaflor a registration for most crops, including cotton. Sulfoxaflor, in fact, has been advocated by Mid-South cotton specialists for plant bug control.

This legal action has occurred despite scientific studies released by USDA and EPA confirming a wide range of causes for honeybee health decline. The list of factors (in no particular order) include: parasites, pathogens and diseases; bee genetics, including lack of genetic diversity; diet and nutrition; bee management issues, including transportation stress from migratory beekeeping, overcrowding, feeding practices and chemicals used by beekeepers to control mites; habitat loss and other environmental stressors, including loss of forage area; pesticides, including acute and cumulative exposure; and each of these factors’ potential cumulative and interactive effects.

How has the NCC been involved?

We have been working closely with EPA, beekeepers, product registrants and others to find workable solutions to this concern. NCC staff is evaluating the criteria and definitions to determine how EPA’s new pollinator protection label language may affect foliar neonicotinoid application in cotton. Patrick Johnson, Jr., a Mississippi cotton producer and member of the NCC’s Environmental Task Force, was given the opportunity to convey industry concerns with that label language. In a recent meeting with EPA Administrator Gina McCarthy and Agriculture Secretary Tom Vilsack, Johnson referenced language that would require a farmer to notify beekeepers in advance of pesticide applications. He stated that a producer does not always know who owns the hives and how to contact them – and suggested a National Bee Registry would aid in this notification requirement. Johnson also pointed to numerous unworkable proposals such as requiring night- time applications.

The NCC continues to work toward coexistence of honeybees and farming while maintaining necessary crop protection tools. Although cotton is a self-pollinating crop that does not require bees for pollination, some beekeepers do request permission to place their hives on a cotton producer’s property next to row crops, including cotton. One wonders why beekeepers would ask to put their hives next to these row crops if they believe these are high risk areas for their bees.

Mark Lange is the president and chief executive officer for the National Cotton Council of America. He and other NCC leaders contribute columns on this Cotton Farming page