U.S. cotton producers undoubtedly are hoping 2016 will bring better economic opportunities than was afforded in 2015 – and the National Cotton Council will continue its efforts to make that a reality.

Can the economic status be improved?
Thus far in 2016, the markets suggest that making sufficient yields to cover fixed and variable costs may again be a challenge for U.S. cotton producers. That’s why, as I reported in last month’s column, U.S. cotton’s overall dire business climate was brought to Congress’ attention by NCC leaders. Included was the call for Secretary of Agriculture Vilsack to exercise his authority under 2014 farm law and designate cottonseed as an “other oilseed” and be eligible for Agricultural Risk Coverage and Price Loss Coverage. The NCC believes so strongly about this action that it coordinated industry leaders’ efforts to submit letters to the editor to more than 60 Cotton Belt newspapers. Leaders offered personal assessments of their cotton economic situations, including such eye-opening facts as 2015 U.S. acreage was the lowest in more than 30 years, exports were the smallest in 15 years, and cotton prices were at their lowest level since the 2009 recession. These factors negatively affect not only industry infrastructure but input suppliers, jobs and overall local and state economies. As this column was submitted, no decision had been made by the Secretary regarding the cottonseed designation, but the NCC is continuing efforts at improving cotton producers’ safety net and overall economic position. 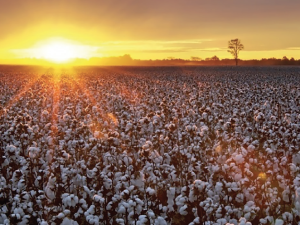 What other efforts are targeting economic improvement?
Early in 2015, the NCC sought relief from the onerous payment limit provisions of the 2014 farm law by urging Congress to restore USDA’s authority to allow marketing loan redemptions with commodity certificates. Fortunately, commodity certificates were restored in the omnibus appropriations act approved late in 2015. Redemptions with certificates are applicable to the 2015 crop, and any marketing loan gains under certificate redemptions do not apply to a producer’s payment limit nor are those gains subject to the Adjusted Gross Income means test. The NCC also was successful in working with USDA’s Risk Management Agency to bring new crop insurance options. Beginning in 2016, cotton producers have the option to add the cottonseed coverage to their Stacked Income Protection Plan (STAX) policy. Also, for producers with both irrigated and non-irrigated acres in the same county, there will be new flexibility that essentially allows the acres of one practice to be covered by a STAX policy without requiring the acres of the other policy to purchase coverage. Producers are encouraged to work with their agents to better understand the new options.

The trade and regulatory arenas also remain important to our industry’s health. For example, U.S. negotiators stood firm at the December WTO ministerial, withstanding calls for further restrictions on U.S. cotton domestic support. They emphasized that U.S. cotton producers are competing with some countries’ direct support that’s estimated at four times the U.S. level. Also, for the past year we have remained united with the American Cotton Shippers Association and AMCOT to work for a successful end to the Turkish government’s anti-dumping investigation against U.S. cotton exports to that country.