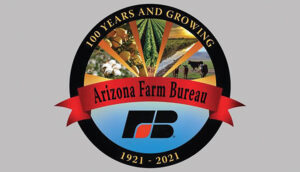 Economic recovery from the worst of the Depression was slow, but a combination of new federal programs and production restrictions began to have an affect by the mid-1930s.

Things were helped in some areas by a drought that cut into surpluses and helped to boost prices. Even more important was the gradual recovery of the national economy. By the winter of 1935, wholesale farm prices had risen 75% over two years. County farm-debt settlement committees had already settled 125 cases, addressing and adjusting debt of $800,000, “on a basis which will enable farmers, with careful management, to work out of their difficulties.” (Arizona Producer 5-15-35)

Other momentous new federal laws were the Taylor Grazing Act, which regulated grazing on public lands; the creation of the Soil Conservation Service; the Social Security Act; and the end of the gold standard as a monetary system. Arizona farmers had long supported international free trade in currencies, believing this would improve their competitiveness in foreign markets.

While conditions improved, the recovery was tenuous. In the late 1930s, a new tide of workers from Midwestern states appeared in Arizona, some apparently expecting higher wages than they could get in their home areas. Despite efforts by the Farm Security Administration and other agencies to provide housing, many of these refugees ended up living in squalid shantytowns on the fringes of farm areas.

To help meet this crisis, residents — especially farm women — took action. At the Liberty School in Buckeye, 125 immigrant children were fed breakfast and lunch daily by the school and the local community. The cafeteria manager stretched his budget, and the school principal bought shoes for some children, while Mrs. T.W. Bales provided 5 gallons of milk daily and Mrs. Jane Brewster contributed eggs. (Arizona Producer 6-1-38)

These labor issues fed fears that the union agitation that was disrupting agricultural production in California would spread. A group of landowners formed the Associated Farmers of Arizona to protect “their homes and property against terrorism of racketeers already in Salt River Valley with the avowed intention of ruling every class of agricultural labor.” Taking the position that they were supporting law enforcement, members vowed to remove or detain agitators on their property and to patrol public roads. (Arizona Producer 3-1-38)

Another goal was to improve the standard of living on farms and offer better service and support to farm women. (Arizona Producer 8-5-35) Two months later, a state meeting voted to allow commodity groups such as Cattle Growers to join as a group, to improve cooperation with these groups and give them the benefit of Farm Bureau membership. (Arizona Producer 10-15-35)

On Oct. 25, 1937, the Arizona Farm Bureau filed articles of incorporation with the state of Arizona. A month later at the annual meeting, it made the first changes in those articles (Arizona Farm Bureau Minutes, Nov. 1938). At the annual convention in November 1938, Hollis Gray succeeded Nat Dysart as state president. The organization by commodity meant that each group came to the convention with their own proposals for the upcoming year. (Arizona Producer 12-1-38)

In 1939, Earl Maharg became the first full-time executive secretary of the Arizona Farm Bureau at the organization’s office at 1201 W. Madison St. in Phoenix. A few months later, Farm Bureau, which had been attempting to start a new statewide farm publication, instead took a renewed interest in the Arizona Producer, under its new publisher and editor, Ernest Douglas. Farm Bureau and the Producer both began contributing ag-related content to radio station KOY, then the strongest broadcast signal in the state. (Arizona Producer 2-17-40)