Home » Features » Mixing It Up – Crop Rotation In The Mid-South

Mixing It Up – Crop Rotation In The Mid-South 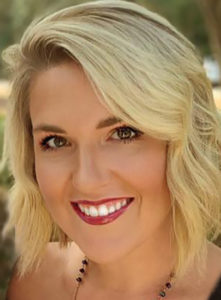 Across the Cotton Belt, crop rotation is a widely adopted production practice that has the potential to increase producer yields without increasing input costs.

Over the years, Cotton Incorporated has funded numerous research projects showing that crop rotation decisions can have myriad benefits beyond yield improvement. These include reduced disease pressure, fewer weeds, less insect damage and improved soil health. It’s no secret that crop rotation is one of the most sure-fire ways to improve cotton yields, so why doesn’t everyone do it?

According to Dr. Kater Hake, vice president of agricultural and environmental research at Cotton Incorporated, sometimes there are compelling challenges to overcome to successfully implement crop rotation practices.

“For many cotton producers, the major hurdle in implementing crop rotation is finding a rotation crop that provides as much revenue as the primary cash crop,” Hake says. “Also, concentrating efforts on one crop requires a lower investment in equipment and often a simpler strategy for planting, harvesting and marketing that single crop.”

In the Mid-South, growers implement both tried-and-true and out-of-the-box crop rotation practices to overcome potential challenges. According to Cotton Incorporated’s 2015 Natural Resource Producer Survey, most cotton producers in the Mid-South rotate cotton with soybeans and corn.

Mississippi producer Jim Robertson actually credits crop rotation practices as one of the major strategies that has allowed him to keep cotton in the mix at his operation. Robertson, an Indianola, Mississippi, native, is a partner in the St. Rest Planting Co. that has grown cotton for more than 100 years.

“Over a span of the past five rotation cycles, I have averaged a 200-pound-per-acre lint increase in the cotton planted directly following field corn, which is phenomenal for us,” Robertson says. “This yield increase has made it economically feasible to keep growing cotton.”

Beyond yield improvement, he has also noticed a marked reduction in nematodes and overall improved soil health from the implementation of the cotton and field corn rotation.

The Mississippi State Delta Research and Extension Center in Stoneville, Mississippi, is located just miles from Robertson’s operation and is home to the longest-running cotton crop rotation research study in the Mid-South. Dr. Wayne Elberhar with the DREC has overseen a 12-year cotton crop rotation study funded by Cotton Incorporated’s State Support Program. The project, referred to as the Centennial Rotation study, was started in 2004 in conjunction with the DREC’s 100th Anniversary. 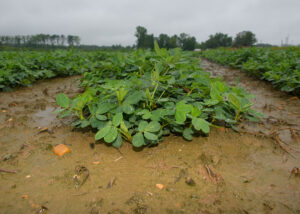 In many areas of the Mid-South, rotating cotton with corn and soybeans seems to be the norm, but one Arkansas cotton producer has found success with adding peanuts to the mix. Jason Felton of Felton Farms in Lee County, Arkansas, says the addition of peanuts to his crop rotation cycle has been very beneficial for his operation. He implements a three-way crop rotation cycle with peanuts, followed by cotton, followed by corn.

“I’ve been growing peanuts for nine years, so this is my third cycle of the three-way rotation strategy,” Felton says. “The cotton yield difference since I’ve started this rotation has consistently been a lint increase of 100 to 150 pounds per acre.”

Felton notes other benefits that he considers just as important as yield increase.

“The residual biomass from the organic matter in the leftover stubble has majorly increased the soil health in these fields,” he says. Felton also mentioned a higher level of chemical efficiency and credits the peanut, cotton, corn rotation with that benefit.

“Year after year, I am noticing my chemistry working better. By changing up the crops, and the chemicals needed to manage a different crop each year, we have found a way to combat resistance issues.”

Over the years, Cotton Incorporated has partnered with researchers across the Cotton Belt and funded seven projects specifically examining the advantages of cotton and peanut rotations, including reduced disease, nematode control and increased nutrient availability.

The crop rotation experiences of Felton and Robertson are examples of Cotton Incorporated-funded research results from controlled environments being mirrored in on-farm producer results. To learn more about the research projects Cotton Incorporated is funding in your area, reach out to your Cotton Board regional communication manager.

Stacey Gorman is The Cotton Board’s director of communications. Contact her at sgorman@cottonboard.org.