EDITOR’S NOTE – Fred Bourland is a cotton breeder and manager of the Northeast Ag Research Station in Keiser, Ark. In the following report, he discusses the important decisions facing a cotton producer when he chooses new varieties to plant.

Choosing the best cotton variety for a given situation can be highly beneficial to a cotton producer, but identifying that variety can be a difficult task. Since there is no one perfect variety, a producer must establish specific priorities for each situation and identify the variety that best meets those important priorities.

Prior to the advent of transgenic cottons, variety selection was primarily based on expected yield in a particular situation. Today, producers first determine which transgenes are desired. Even if other varieties may produce higher yields, producers may limit their choices to specific transgenic varieties to facilitate insect and/or weed control. Desired transgenes primarily depend upon expected pest species and densities (primarily weeds today) and technologies used in adjacent fields (drift issues). 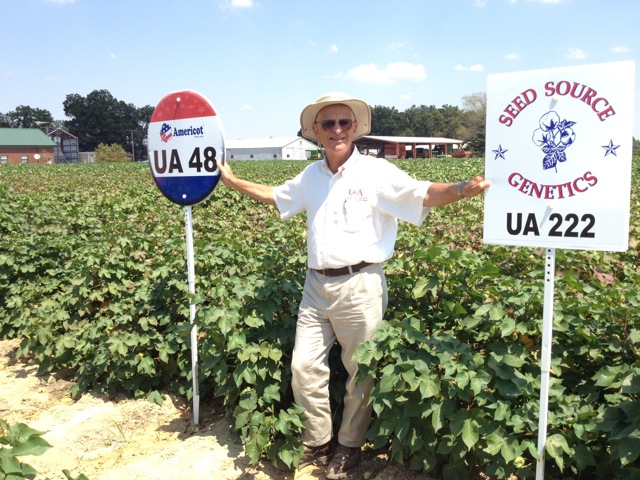 Arkansas cotton breeder Fred Bourland says a producer must have priorities before he decides which cotton varieties to plant.

With regard to variety selection for 2015, my first concern is glyphosate-resistant pigweeds. If resistant pigweeds are dominant in a field, the producer must first choose a strategy to deal with them. Effective weed control must be accomplished primarily by herbicides with limited reliance on hand-chopping (due to its high cost and low effectiveness). At present, LibertyLink systems appear to be the best approach to address resistant pigweeds. In 2014, 37 percent of cotton in the U.S. South Central region (71 percent in Arkansas) was planted to LibertyLink varieties. 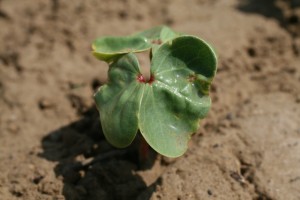 All available caterpillar-control transgenes (Bt2, TwinLink and WideStrike) are various constructs of Bt genes. Except for minor acreage of conventional varieties, all 2014 cotton planted in the South Central region carried one or more of these genes. Some differences among these genes have been measured, but all provide reasonably effective caterpillar control, but supplementary insecticidal control of bollworms on these cottons is now commonly required. Presently available caterpillar-control insecticides are highly effective and may provide cost savings over Bt cotton if high worm pressure is not present.

After transgene technology is addressed, selection of varieties returns to long-established principles of choosing varieties that are likely to produce stable, high yields of premium quality cotton. Producers should maintain a base of varieties that have previously performed well in their area, and then explore the use of alternative varieties on a limited basis. Results from state variety tests and local strip tests/demonstrations should be used to determine which specific variety to plant. Parameters from these tests usually include lint yield and fiber quality.

Current cotton prices demand producers to carefully evaluate every component of production costs. Technology fees may be avoided if viable alternatives are available. To be viable, the alternative must provide cost-effective control of weeds and/or worms and produce competitive yield and acceptable fiber quality.

Contact Fred Bourland in Keiser, Ark., via email at bourland@uark.edu.