Walter Francis Little, Jr., 93, of Germantown, TN, passed away on May 20, 2021. He was the son of the late Walter F. Little, Sr. and Josephine Bailey Little of Leland, MS, and Charleston, SC. He is survived by his wife of 62 years, Beverly Cox Little, and son Dr. Walter Little, III, a urologist in Hendersonville, TN, and his wife Dr. Shannon Little; a daughter, Dr. Vicki Little Chandler of Eads, TN, a nurse practitioner and an assistant professor at UTHSC, College of Nursing, and her husband, Stephen W. Chandler; and grandchildren AnMei Little and Jonathan, Matthew, Joshua Chandler.

He was preceded in death by his youngest son, Jeffrey Thomas Little. He considered his greatest achievement finding a beautiful, kind wife as a lifelong companion who lovingly nurtured their children.

Mr. Little served in the U.S. Army as enlisted men’s counselor at the close of WWII. He was a 60-plus year member of Second Presbyterian Church, Memphis, where he served earlier as an usher and later was on the board of deacons. He was a member of the Jeb Russell Sunday School Class.

His early years were spent in Charleston, SC, where he was an ardent amateur sailor competing in summer regattas, enjoying tennis with friends and hunting in the nearby Santee River Swamp with his father.

Mr. Little started his business career at the Greenville (Mississippi) Delta Democrat-Times under the Pulitzer Prize winning editor, the late Hodding Carter. He resigned to become assistant manager of Delta Council, Stoneville, MS, and then advertising manager of the Yazoo City (Mississippi) Herald.

At 29, he founded Little Publications, Inc., in Memphis and pioneered the publishing of national specialty magazines for agriculture, including Cotton Farming, Rice Farming, Soybean South and Custom Applicator. The publications were sold at his retirement and are still being successfully published today with offices in Memphis. He was a former director on the board of the National Agri-Marketing Association, Chicago, and the past-president of its Mid-South chapter.

Publisher’s note: In January 2007, Cotton Farming magazine celebrated 50 years of bringing profitable production strategies to U.S. cotton farmers. The Golden Anniversary was commemorated by publishing a special issue dedicated to an industry that is steeped in tradition, has seen a lot of changes, faced many challenges and yet continues to move forward. As the founder of Cotton Farming, Walter Little wrote a letter to its readers in which he recalls some of the highlights through those 50 years from his perspective. 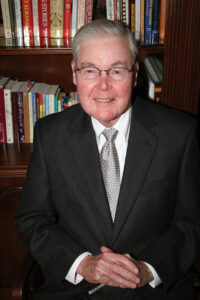 Since we spend our lives working, a wise man once told me to find something enjoyable. I followed that advice (my father’s) by founding Cotton Farming magazine 50 years ago. I didn’t find it enjoyable…it was plain fun.

Some of the reasons were the many, many producers and farm leaders like you that I met over the years in traveling from California to the Carolinas. I’ve long suspected that you are a self-sufficient happy lot, enjoying the outdoor life and the inside coffee shop talk with fellow farmers — in betwee the grumbling about prices and weather. Speaking of prices, when Cotton Farming started, the cotton picker on my father’s Mississippi place cost a fraction of what it costs today. Fuel was 19 cents a gallon. And cotton was bringing 30 cents a pound.

Speaking of weather, not all of it was fair. In many areas, 1957, our first year, saw a bumper crop turn into disaster. 14.3 million acres were planted, but steady rains started before harvest and extended into December. The end result: only 10.9 million bales were harvested. Perhaps that was one of the reasons a Memphis businessman greeted me with skepticism when I was introduced as a youngster from the country starting a magazine for cotton.

With a rather disconcerting laugh, he said, “Isn’t that like starting a BLACKSMITH JOURNAL? In a year or two, nobody will be planting cotton!” Fortunately, all of you proved him wrong. Cotton production now is about twice what it was in 1957, and this year’s crop is being produced on almost the same acreage that was planted back then. Contributors to cotton’s longevity on farms east and ranches west include: experiment stations, Extension service, consultants, National Cotton Council and continuing innovations in seed, equipment and chemicals.

Way back, there was one selective herbicide and “incorporation” referred only to companies. I recall an early visit on an oldtimer’s Texas place. He challenged the intelligence of the weed killer he would not use: “Don’t you try to tell me that stuff knows the difference between my cotton and all those weeds!”

In the field of education and spreading the information that modern producers need to survive, I believe that Cotton Farming and its dedicated staff have played a vital part. Our editors find visiting farmers for articles very rewarding. You producers are hospitable, ready to share secrets of success and generous with your time.

Cotton Farming continues to improve with age. To assure its continuing commitment to service, Tommy Horton is the editor. He was brought on board nearly eight years ago from the National Cotton Council’s Communications Services department. Carroll Headley Smith, the senior writer for the magazine, previously worked for Cotton Farming in the 1980s and early 1990s and wrote the first article on a woman cotton producer many years ago.

Amanda Huber, who resides in Bronson, Florida, covers cotton production in the Southeast while also serving as editor of Peanut Grower, a sister publication of Cotton Farming. Carol Watson, our talented graphic artist, has redesigned and improved the covers to set industry trends. Another staffer with valuable experience is Kathy Killingsworth, who handles many difficult details as production manager.

Janet Owens, circulation manager, successfully makes sure cotton producers everywhere are blanketed by the magazine. Debbie Guthrie, our sales manager based in Tifton, Georgia, brings many years of experience as she calls on important regional accounts throughout the Belt.

Just recently, Cotton Farming grew even stronger under new joint owners. One — Mike Lamensdorf — is a successful cotton producer from a longtime Delta cotton farming family. He knows firsthand of what he speaks. The other owner is Lia Guthrie, a seasoned staffer known and respected throughout the industry.

She’s a Mississippi farmer’s daughter. So, very real cotton industry ties continue in charge of your magazine. I’m pleased — and just a bit envious. Cotton Farming has come a long way and is stronger and better for it. May it keep on serving for another successful 50 years.