All of the fundamental supply and demand news pointed to larger acreage and larger production in 2016. With no significant signs of improved domestic or export demand, the potential for a large 2016 crop weighed heavily on the market. 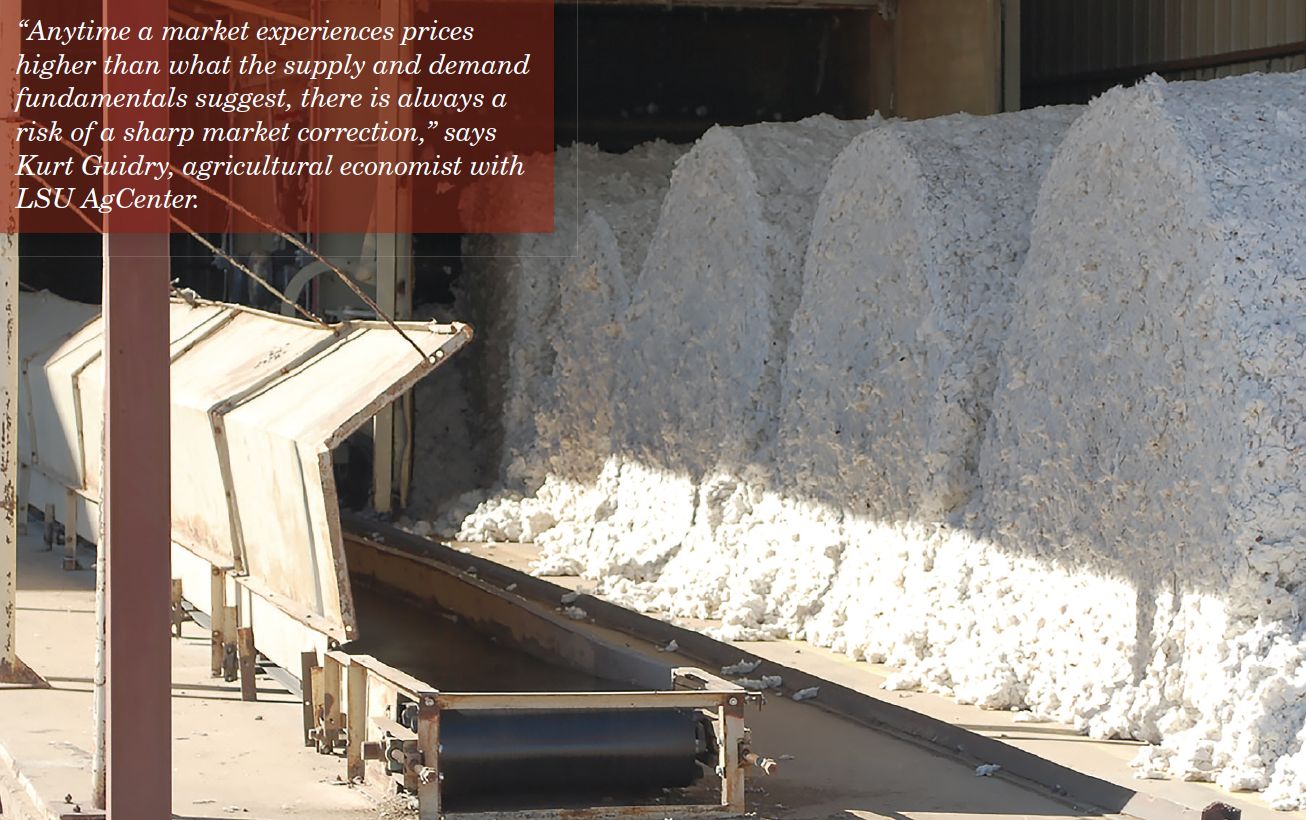 However, as the summer progressed, the development of hot, dry conditions in Texas and parts of Georgia along with dry conditions in India began to foster concerns of lower cotton supplies. This introduced a considerable amount of risk premium in the markets and helped support prices.

Speculative interests took this momentum and continued to push prices higher by going from a net short position (selling more contracts then purchasing) in early 2016 to the highest net long position (purchasing more contracts then selling) in more than two years. However, this has brought prices to levels that are not fully supported by the underlying supply and demand fundamentals.

Corn/Soybean Prices: A Perfect Example
Current U.S. Department of Agriculture projections show ending cotton stocks increasing by 20 percent for the 2016/17 marketing year over the previous year in which the average marketing year price was 58 cents per pound. Anytime a market experiences prices higher than what the supply and demand fundamentals suggest, there is always a risk of a sharp market correction. The corn and soybean markets earlier this year are a perfect example.

Weather concerns pushed corn and soybean prices to sharply higher levels. However, once those weather concerns diminished, prices began to move back to levels that were much more in line with the supply and demand projections. Although dry conditions remain in parts of Georgia, rains over the past few weeks in Texas have improved growing conditions. Also, more favorable planting and growing conditions in India have increased projections of that country’s total cotton production.

Downside Risk Still Exists
With futures prices recently closing in the upper 60 cents per pound range, it is starting to appear that this market may be beginning a downward trend back to the levels it experienced earlier in the year. Although improved supply and demand fundamentals suggest slightly stronger prices than the market saw earlier in 2016, there is still downside risk to the low 60 cents per pound range.

Dr. Kurt Guidry is an agricultural economist with LSU AgCenter. Contact him at KMGuidry@agcenter.lsu.edu.