When the elections are over and the U.S. Congress returns to work, it’s time for regulatory reform. Why should that be a top priority of the new Congress? Well, let’s talk about Charlie and John.

Charlie owns a small fertilizer plant. It supplies anhydrous ammonia to Charlie’s farm and to the rest of his family as well. He has about four non-family customers.

New regulations, in response to a terrible explosion in Texas, will mean that Charlie will have to spend about $30,000 on various safety updates. Charlie can also expect to spend a lot more time filling out reports and showing inspectors around his tiny fertilizer plant.

Now, that seems reasonable enough to any casual observer. Charlie is handling a dangerous chemical; in today’s world, $30,000 isn’t much money, and nobody wants to see a replay of the catastrophe that happened in Texas.

More Repercussions
Well, here’s the rest of the story.
Charlie isn’t handling the same fertilizer that exploded in Texas. Nope, the new set of rules is to guard against an accident that can’t happen with the kind of fertilizer Charlie handles – not an accident that is unlikely, not an explosion that probably won’t happen, but rather something that is physically and chemically impossible. This has been pointed out to any number of federal officials, and they just don’t care.

Not only that, but Charlie doesn’t make $30,000 a year running his plant. He does it because it’s convenient for his family, and because anhydrous is dangerous to transport. If he decides that running the plant for the next two years for free makes little sense, Charlie’s family will have to haul their fertilizer over twice as far. As this is repeated all across the Midwest, the new regulations will actually increase the danger from fertilizer application.

Did I mention that Charlie has operated the plant for over 40 years without injury to anyone? Charlie, who is my dad, is 81. He may not want to spend whatever time he has left reporting to government bureaucrats with five decades less experience than he has. And I don’t blame him.

Even the D.C. Court of Appeals agreed that these new rules were less about safety and more about agency overreach. Just last month, the court ruled that the Occupational Safety and Health Administration did not follow the proper process, and that farmers should get the chance to weigh in on how they’ll be affected by these new regulations. 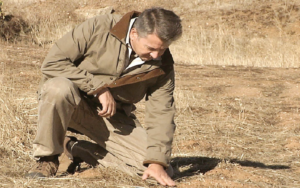 California Farmer Targeted
John Duarte farms in California. Recently, he decided to rotate a pasture into wheat. The land had been in pasture for a while. But wheat prices had gone up, and John decided that wheat was a better alternative than cows.

A government official drove by the field while it was being plowed and decided that John was violating the Clean Water Act, that he couldn’t plow his field without a permit.

Call To Action
The administrator of the Environmental Protection Agency was in Missouri a couple of years ago. The aim of her trip was to say that everything the Missouri Farm Bureau was saying about the Clean Water Act rule was a “myth.” She went on to say that the act exempted normal farming practices, and the new rule would not interfere with the operation of our farms.

Tell that to John, who faces more than $1 million in legal fees and more than $6 million in fines. The judge who decided against John claimed in the opinions on the case that plowing creates “upland furrow tops” that are like “small mountain ranges.” Our present regulatory state can’t be believed if you haven’t been in the crosshairs of government bureaucrats. It can’t be parodied or made fun of, because no matter what “myth” we farmers might make up, the reality is even worse, and stranger.

It’s past time to reform this system and rein in a government that seemingly knows no limits.

Blake Hurst, a farmer from Westboro, Mo., is the president of the Missouri Farm Bureau and a member of the AFBF board of directors. California Farm Bureau Federation contributed this article.