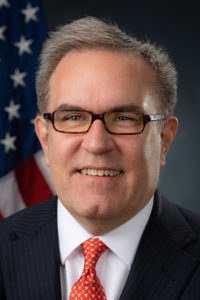 The same environmental groups that successfully filed a suit in the Ninth Circuit Court of Appeals to vacate registrations for three dicamba products have since asked the court to find the Environmental Protection Agency administrator in contempt.

They filed an emergency motion June 11 asking the court find EPA Administrator Andrew Wheeler in contempt for refusing to abide by a federal court order suspending use of three dicamba herbicides. The groups also seek an immediate halt to dicamba applications.

The motion was the latest salvo in response to the June 3 Ninth Court decision that found the EPA in 2018 wrongly approved the three herbicides. On June 8, the EPA issued an existing stocks order that would allow growers and applicators to use stocks of the dicamba products through July 31 they had in possession as of June 3.

The groups estimate that up to 16 million pounds of dicamba could be applied during the eight-week period.

The wrangling involves three low-volatility dicamba formulations that are paired with Xtend cotton and soybean crops: XtendiMax from Bayer, FeXapan from Corteva and Engenia from BASF.

In the emergency motion, the environmental groups pointed out that the court could not have been any clearer in last week’s ruling.

“It’s mind-boggling to see the EPA blatantly ignore a court ruling, especially one that provides such important protections for farmers and the environment,” said Stephanie Parent, a senior attorney at the Center for Biological Diversity. “We’re asking this court to restore the rule of law at the Trump EPA.”

Joining the center in the legal challenge are the National Family Farm Coalition, Center for Food Safety, and Pesticide Action Network North America.