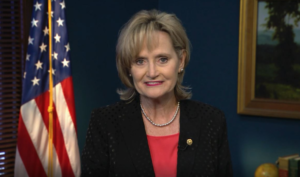 U.S. Sen. Cindy Hyde-Smith, R-MS, has asked President Donald Trump to approve use of temporary pumps in the Yazoo Backwater Area to begin removing floodwaters that have contaminated the region for months on end.

In a letter sent June 13 to the president, Hyde-Smith summarized the statutes, presidential disaster declaration and emergency funding available to support the installation of temporary pumps to begin draining flooded areas of the south Mississippi Delta.

“There is an immediate need to remove the trapped floodwaters, which can only be accomplished by pumping it from the protected side of the levee system,” Hyde-Smith, who serves on Senate appropriations subcommittees with jurisdiction over the U.S. Army Corps of Engineers and Federal Emergency Management Agency, wrote.

“Given the available resources and existing authorities under current law, I respectfully request that you direct FEMA, the U.S. Army Corps of Engineers and other federal agencies to take swift action to install temporary pumps in the Yazoo Backwater Area of Mississippi to remove floodwaters until a long-term solution is constructed.” 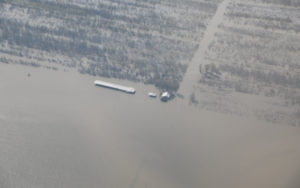 It is not uncommon for FEMA to assign the U.S. Army Corps of Engineers to dewatering missions following major floods. Temporary pumps were used to remove floodwaters following Hurricanes Katrina and Sandy.

Trump on April 23 approved a major disaster designation for Mississippi, which included damage resulting in floodwaters trapped within federally constructed levees and floodgates. Roughly 860 square miles of the state have been flooded for more than four consecutive months with disastrous results for homeowners, businesses, farmers, communities and the environment.