The industry’s first Bollgard II XtendFlex cotton variety with root-knot nematode (RKN) resistance and a high-performing early to mid-maturity cotton variety were named to the Deltapine Class of 17 during the ninth annual New Products Evaluators (NPE) Summit. DP 1747NR B2XF and DP 1725 B2XF, were proven to perform by Deltapine NPE growers, who grew the varieties in large-acre plots ... END_OF_DOCUMENT_TOKEN_TO_BE_REPLACED

A Love Of All Things Cotton

When I was approached about writing this month’s “My Turn” column, I was very honored, then quickly very humbled once I saw some of the amazing authors who had gone before me. I am a fairly ordinary guy who has been blessed with the ability to live out a dream of mine. I grew up and have spent my entire ... END_OF_DOCUMENT_TOKEN_TO_BE_REPLACED 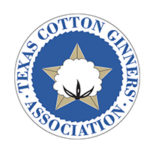 Let’s go straight to the Presidential election… Hillary Clinton versus Donald Trump. If you predicted Donald Trump to be the next President of the United States, you outsmarted most of the prognosticators this election. Going into Election Night, most of the experts seemed to be on the Clinton bandwagon. When results began coming in, things began to change. The first ... END_OF_DOCUMENT_TOKEN_TO_BE_REPLACED

Stand Up And Be Counted

Farmers and ranchers need to adopt technology and stand up for their rights. Most of all, they need to share their stories, American Farm Bureau Federation outgoing president Bob Stallman told members at the recent American Farm Bureau Federation’s Annual Convention. Stallman’s address — his last after 16 years as the head of the nation’s largest farm organization — echoed ... END_OF_DOCUMENT_TOKEN_TO_BE_REPLACED

It’s Showtime! By Carroll Smith Editor In a few short weeks, it’s time to head to Memphis, Tenn., to attend the 64th Annual Mid-South Farm & Gin Show. Hundreds of exhibitors will be on hand to provide the latest information suited to the region’s diversified operations. Visitors are invited to attend the Southern Cotton Ginners Association and Foundation Annual Meetings ... END_OF_DOCUMENT_TOKEN_TO_BE_REPLACED 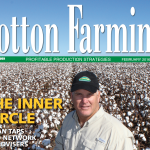 Year in review By Tiffany Dowell Lashmet Editor’s note: Tiffany Dowell Lashmet, a Texas A&M Agri-Life Extension Service specialist in Amarillo and author of the Texas Agriculture Law Blog, is among the top 100 legal bloggers in the nation, according to an announcement by the editors at the ABA Journal. Following are excerpts from her “Texas Agriculture Law Year In ... END_OF_DOCUMENT_TOKEN_TO_BE_REPLACED

‘Enormous Potential’ Sets The Stage BY TONY WILLIAMS TCGA EXECUTIVE VICE PRESIDENT Optimism is running high in Texas as cotton farmers and ginners prepare for the 2016 season. To help kick off the year on a positive note, The Texas Cotton Ginners Association invites you to join us at our 109th Annual Meeting and Trade Show in Lubbock on April 7-8. ... END_OF_DOCUMENT_TOKEN_TO_BE_REPLACED