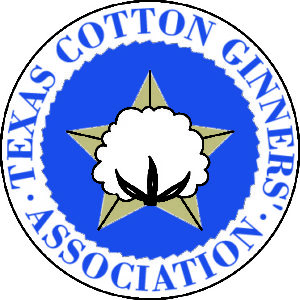 Let’s go straight to the Presidential election… Hillary Clinton versus Donald Trump. If you predicted Donald Trump to be the next President of the United States, you outsmarted most of the prognosticators this election. Going into Election Night, most of the experts seemed to be on the Clinton bandwagon. When results began coming in, things began to change.

The first hour after some of the polls closed went about as expected. Then, swing states, such as Florida, began leaning toward Trump. Florida later was called for Trump. Britt Hume with Fox News was sitting at his station looking at his computer. He noted the Las Vegas betting odds of Donald Trump becoming the next President was around seventy percent. Those betting would vary throughout the evening, but we all know what ended up happening.

North Carolina started leaning toward Trump and later was called for Trump. Ohio was called for Trump fairly early in the evening. Since 1896, Ohio has picked the future President of the United States 28 out of 30 times for a 93 percent winning percentage. No other state has a higher percentage of picking the Presidential winner! Trump had Florida and Ohio, two states he absolutely had to have to win, but that was still not enough. Wisconsin was then called in favor of Trump. States like Pennsylvania, Michigan, Arizona and Minnesota had yet to be called.

Around 1:00 a.m. in the morning, Hillary Clinton’s campaign manager announced it was close and their campaign would just evaluate things in the morning. He told everyone to go to bed. By this time, results were heavily leaning toward Trump.

By 2:00 a.m., networks began to call the election for Trump when Pennsylvania officially went to him. Hillary Clinton telephoned Trump to congratulate him about that same time. Donald Trump was going to be the next President of the United States, an outcome that very few “political insiders” had predicted.

From the outside looking in, it looks like the results surprised both candidates. Hillary Clinton did not have a concession speech written at 1:00 a.m. when her campaign manager announced they would evaluate things in the morning. The campaign had arranged for fireworks to be set off over the Hudson River to celebrate the victory.

The Trump campaign seems to have put most of their energy into winning the election and is now just beginning the process of transitioning into the Presidency. Team Trump says the transition is going smoothly. The New York Times says there is chaos. President-elect Trump is calling the New York Times out via Twitter. This has the makings of a very interesting transition period.

Let’s now talk about how close the race was and demonstrate the importance that every vote does indeed count! Of the more than 120 million votes cast in the 2016 election, 107,000 votes in three states effectively decided the election. Those states were Michigan, Wisconsin and Pennsylvania. Clinton won decisively in 18 states and the District of Columbia. The states she won are traditionally Democratic strongholds and are densely populated areas along the coasts. Donald Trump won convincingly in 26 states, collecting 227 electoral votes. Most of these states usually vote Republican, except Iowa and Ohio, which voted for Obama both in 2008 and 2012. Six states won by margins of two percent or less, including New Hampshire and Minnesota (won by Clinton) and Michigan, Wisconsin, Pennsylvania and Florida (won by Trump). These four states were all won by President Obama back in 2012. Pennsylvania and Michigan had not voted for a Republican since voting for George H.W. Bush in 1988. Wisconsin had not gone Republican since 1984.

Michigan, Wisconsin and Pennsylvania account for 46 electoral votes. Had Clinton won these states, she would have won the presidency with 274 electoral votes. Clinton did win the popular vote, marking the fourth time in history that a candidate has won the popular vote, but lost the election. The election was effectively decided by 107,000 people in these three states. Trump won the popular vote in those three states by that amount. That amounts to .09 percent of all votes cast in the election. That number of people would be able to pack into the University of Michigan’s “Big House” Stadium.

State Elections
Enough of the national talk, let’s discuss state elections. Most elections in Texas are decided in the Primary Election. After battling it out during the primary, many candidates cruised to victory in the General Election. Eighty-one state House and seven state Senate seats, plus one congressional race were uncontested races. Another eight congressional, five state Senate and 17 state House contestants from major parties had only minor-party opposition. Of the remaining seats up in this election cycle, one Congressional district and less than a dozen House races were hotly contested races.

In the Texas House, Democrats picked up four seats in the House, increasing their number in the 150-member chamber to 54. In the Texas Senate, there were no competitive races. To put that statement in relief, the closest contest across the entire state of Texas was Carlos Uresti’s 15-point defeat of his Republican challenger. The last round of redistricting seems to have shifted the more competitive races to the primary elections.

In the U.S. House of Representatives, one of the most impressive wins of the night belonged to sitting Republican Congressman Will Hurd, who defeated Pete Gallego in a very tight race. That Congressional district is actually competitively drawn and should, by the numbers, toggle between Democrats in Presidential years and Republicans in Gubernatorial years. Hurd’s win and his bio make him a rising star in the Texas Republican party. He’s a compelling, hard-working candidate and a person to watch, now more than ever, in Texas politics.

From the election results, one can conclude that voters across the nation voted for change rather than more of the same. From the small business side of things, some of that change, especially from the regulatory standpoint will be welcome. It will take some time for that shift to take place, but it should happen.

Candidate Donald Trump made some bold promises in his run to the White House. It will be interesting to see how many of those promises President-Elect Trump can deliver. He would be well served to focus on the issues that he has a chance of getting Congress to agree on. The political process is indeed a large ship to turn! Time to get to work!