Fueled by passion, young farmers and ranchers are cultivating a bright future for Texas agriculture. This year’s Outstanding Young Farmer & Rancher finalists recognized by Texas Farm Bureau display that passion, drive and dedication. Each year, TFB’s Outstanding YF&R competition recognizes the accomplishments of some of the state’s top agricultural leaders between the ages of 18 and 35. The YF&R ... END_OF_DOCUMENT_TOKEN_TO_BE_REPLACED 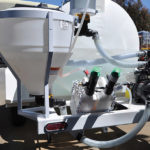 The liquid herbicide paraquat is widely used throughout North America as an effective herbicide and pre-harvest crop defoliant but can be fatal if accidentally ingested in small quantities as well as cause eye damage and irritation to skin. In response to the risks associated with paraquat, the Environmental Protection Agency has already pursued significant manufacturer labeling and training changes. For ... END_OF_DOCUMENT_TOKEN_TO_BE_REPLACED 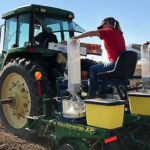 The cotton industry is vital to Texas, with the state producing approximately 35% of the United States’ cotton crop, according to a 10-year average from the National Cotton Council of America. Lubbock and the South Plains has an even loftier claim to cotton: it is the largest cotton-producing area in the world. There’s no doubt cotton is the cash crop ... END_OF_DOCUMENT_TOKEN_TO_BE_REPLACED 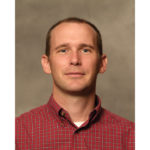 In June of this year, Dr. Gaylon Morgan joined the Agricultural & Environment Research Division at Cotton Incorporated. His area of expertise includes weed management, soil health, nutrient research and producer outreach. The addition of Morgan’s knowledge and experience is a win for U.S. cotton producers as weed pressure is an ever-present concern and future herbicide options are uncertain. Before ... END_OF_DOCUMENT_TOKEN_TO_BE_REPLACED 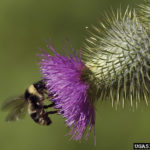 • By Kevin Hecteman • Seven agricultural associations have sued the California Fish and Game Commission and the California Department of Fish and Wildlife over the commission’s decision to name several bumblebee species as candidates for listing as endangered or threatened under the California Endangered Species Act. The lawsuit centers on whether insects can be protected under the state ESA. ... END_OF_DOCUMENT_TOKEN_TO_BE_REPLACED 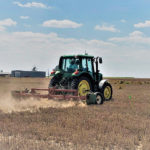 • By Carlos Andres Lopez, New Mexico State University • Can strategically timed tillage improve the efficiency of no-till farming in the semiarid region? That’s a question one researcher from the College of Agricultural, Consumer and Environmental Sciences at New Mexico State University is hoping to answer with a new study. Rajan Ghimire, an agronomist and assistant professor based at ... END_OF_DOCUMENT_TOKEN_TO_BE_REPLACED 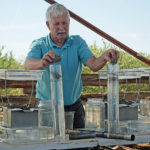 California Project Looks At Cover Crops As A Prescription For Ailing Soils. • By Vicky Boyd, Managing Editor • In the past few years, the term “healthy soils” has become a widely used buzzword surrounded by a lot of hype. But the question remains, what are healthy soils? Much like the term “sustainability,” healthy soils mean different things to different ... END_OF_DOCUMENT_TOKEN_TO_BE_REPLACED