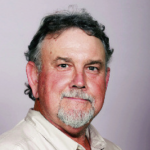 Growers focused on maximizing cotton yield in the Mid-South must be prepared to manage plant bugs. For a successful ending to any season, Larry Walton says growers must plant on time, scout constantly and carefully plan insecticide treatments. Now in his 34th cotton season, Walton knows that no one can predict how heavy plant bug pressure will be, but the Mid-South field scientist for Dow AgroSciences knows everybody can prepare to manage this devastating pest.

This year started off good for cotton in the Mid-South. Growers started planting around the third week of April. Based on the current forecast, growers in Walton’s home state of Mississippi planted about 400,000 acres in 2014, a significant increase from 2013.

Planting early gives growers a greater chance of starting harvest at the beginning of October, which means better weather. Those who don’t harvest until late November or early December often experience rain and colder temperatures, which can make a mess of defoliation and harvesting. Planting in that late April to early May window gives growers the best opportunity for high germination and a robust stand.

At first or second true leaf, growers likely need to spray for early season thrips. As the cotton begins squaring, growers and consultants must scout closely for plant bugs and monitor square retention on the cotton plants. In most years, the plant bug population begins to increase after this time. As the crop nears first bloom and as a host crop such as corn begins to dry down, plant bug populations can explode. At this time, it is important for growers to be armed and ready with their weapon of choice.

Dow AgroSciences’ research for the past six years shows back-to-back applications of Transform WG insecticide at a rate of 1.5 oz/A at or near first bloom provide a yield advantage 75 percent of the time compared with other plant bug products. Large-scale experiments conducted in 2013 for Dow AgroSciences by crop consultants in Louisiana, Mississippi, Arkansas and Missouri showed back-to-back applications of Transform at or near bloom was the breadwinner, yielding 49 more pounds of lint than the commercial standards, on average.

As a new class of chemistry, Transform can help extend the effectiveness of organophosphates, neonicotinoids and synthetic pyrethroids. Effective at low use rates, Transform has a minor impact on beneficial insects, including lacewings and lady beetles, which provide natural control of spider mites and aphids. And when it comes to aphids, Transform provides unsurpassed control.

At the end of the day, the key to a successful harvest is scouting fields every few days for pests and making timely applications to keep insects under threshold.