The National Cotton Council’s Cotton Economic Outlook sees 2016 as another challenging year for U.S. cotton — with uncertainties regarding global mill cotton use and prices unattractive to producers.

What is the export demand situation?
Export markets continue as the primary outlet for U.S. raw cotton fiber. China, traditionally U.S. cotton’s largest export market, is importing considerably less in the 2015 marketing year — U.S. sales to China are about 80 percent less than this time last year. Thus, the NCC sees total U.S. exports at 9.5 million bales for the current marketing year, down 15.5 percent from 2014. This estimate may prove to be optimistic as the weekly pace will need to increase throughout the remainder of the 2015 marketing year to reach 9.5 million bales. 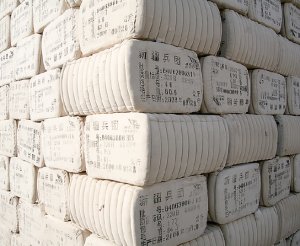 An even more aggressive approach by China to reduce her cotton stocks would be bearish for world prices.

That estimate reflects the situation in China where massive cotton stockpiles and expectations for limited quota mean that raw cotton imports by China are expected to fall further in 2016 to 4.75 million bales, down from 5.5 million in 2015. China’s mill use also is projected to decline in 2016. Even though China’s internal cotton price has declined in the past year, it is still almost twice that of polyester prices, which also have weakened — a relationship that is not allowing Chinese cotton mill use to recover.

Somewhat encouraging is that world mill cotton use is expected to exceed world production in 2016, pulling down world stocks by 6.3 million bales. However, that reduction is not large enough to significantly reduce global inventories that began the year at 103 million bales. The majority of the global stock decline is due to reduced inventories in China. An even more aggressive approach by China to reduce stocks would have further bearish implications for world prices, particularly if the increased availability of reserve cotton reduced China’s demand for imported cotton yarn.

There also are concerns regarding trade with Turkey — another significant market for U.S. cotton. An ongoing antidumping investigation may result in tariffs on U.S. cotton while cotton from other countries would be duty free.

On the domestic side, the Economic Adjust-ment Assistance Program continues to be an important source of stability, allowing U.S. mills to invest in new facilities and equipment. USDA’s 2015 U.S. cotton mill use estimate of 3.6 million bales, while up only 25,000 bales from 2014, at least marks the fourth consecutive year of increased consumption. The U.S. dollar’s strength, though, is challenging U.S. yarn exports.

Sluggish cotton demand, smaller imports by China, weakness in other commodity markets and a stronger dollar are prevalent factors in the current price climate. More details of the NCC’s Cotton Economic Outlook are at http://www.cotton.org/econ/reports/annual-outlook.cfm.