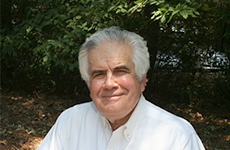 No matter how challenging the task, you can count on cotton producers to find a way to deal with a crisis. That is their nature. Whether it’s unpredictable weather, insect or weed pressure, new farm laws, political questions or, yes, even low prices, the farmer will find a way. And, as cotton is about to be planted across the Belt this spring, that mentality is on full display everywhere.

Last month, in the My Turn column in Cotton Farming, we learned how Texas producer Brad Heffington planned to deal with low prices. Among other things, he will cut costs where he can, but he’ll mainly remember all of the lessons he learned from his father. In other words, he’ll go back to basics and do the best job he can managing his farm.

As Brad described it, agriculture is about to venture into a new frontier – one that will test every farmer.

In the current issue, we have reports from two producers with similar approaches to the 2015 crop. Georgia producer Jimmy Webb and Mississippi producer Justin Cariker farm in different regions, but they have the same resolve when it comes to problem solving. Webb offers his perspective in this month’s My Turn column on page 22. He takes a detailed look at what Georgia farmers are facing this year.

Even though low prices concern him, he knows that the cotton-peanut rotation is vital in his state. For that reason, he doesn’t see a major dropoff in Georgia’s cotton production in the forseeable future.

In our cover story on pages 8 and 9, you’ll see a different perspective from Mississippi producer Justin Cariker. Yes, he has reduced his cotton acreage from 2,500 to 1,500 acres this year, but he hasn’t given up on cotton. He is convinced that his favorite crop will eventually survive this lowprice environment and return to better days.

For those farmers who don’t have this kind of emotional tie to cotton, it might be easy to walk away and throw in the towel. Thankfully, there are farmers out there like Webb and Cariker who see the big picture. They know that cotton’s economic impact on small communities is significant. It is a necessity that cotton find its niche in this volatile environment, recapture market demand and deal with current low prices.

It certainly won’t be easy, but at least veteran farmers have been through this price cycle before. Yes, the new farm law and volatile global issues are disturbing. And prices must get better. Frankly, it can be a bit overwehelming.

Somehow, the U.S. cotton industry will find a way to survive.