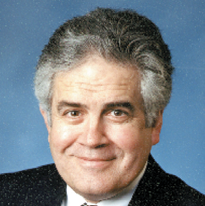 Do you ever wonder if the rest of the country really appreciates the plight of cotton farmers? Maybe that’s a ridiculous question. But it’s still intriguing to hear how the national media recently reported on a tropical storm in the Gulf of Mexico. Everything was mentioned in the various updates except how farmers in a particular region might be coping with the crisis.

As Tropical Storm Bill plowed into the Coastal Bend area of Texas and moved north into Oklahoma, I kept having the same thought. Yes, the excessive rains were compounding an already horrible situation for that part of the Lone Star State, but never once did I hear how agriculture was being affected. I guess I shouldn’t be surprised by what I see on television. Still, it made me want to remind Al Roker of NBC-TV and other weather experts that cotton farmers near the coast of Texas are always affected by storms forming in the Gulf of Mexico.

I would love to hear ag issues put into proper perspective just once. Yes, loss of life and homes are of critical importance when reporting on a weather crisis. But, I kept thinking about how farmers in the Coastal Bend and Rio Grande Valley might be feeling. Many had no crop at all just a couple of years ago. Now, they were getting washed out by a tropical storm before they could plant seed. Some survived this rain event, but others didn’t.

I never heard that mentioned in any of the media reports. Granted, some ag/water issues receive major attention from the national media. For example, the rest of the country certainly knows about the mega-drought currently plaguing California and parts of the Southwest. But, even in the coverage of that event, I don’t hear much about how California water allocations are affected by the so-called endangered delta smelt fish.

Getting back to Tropical Storm Bill, it is significant how this storm and earlier rainfall patterns affected Texas farmers this year near the Gulf Coast. It’s a familiar problem that this region seems to always face. Usually, cotton farmers are racing to harvest a crop before the hurricane moves inland. Or, in this case, they were desperately trying to plant a crop before the tropical storm arrived.

I have some advice for weathermen who cover storms that hit any part of Texas. Don’t forget the impact on agriculture. If you look around, you’ll discover heroic stories everywhere from farmers. In fact, you’ll find such an example from High Plains producer Shawn Holladay on pages 10 and 11 of this issue. Check out his message, and I think you’ll agree.

Did the storms discourage him? No way. His reaction was pretty strong: “We’re ready for 2015. Game on.”