It is a consistent theme each year when cotton seed companies announce their lineups for the new crop season. Some varieties have a longer shelf life than others and remain on the market. Meanwhile, new ones always appear – or so it seems. The question is how does a farmer make an informed decision with so many options.

As you’ll see in Arkansas cotton breeder Fred Bourland’s story on page 14, a variety choice is based on many factors. What kind of soil is on a farm? How variable is the soil profile? What are the weather conditions? Is the growing season longer or shorter? Are there serious weed and insect problems? The list goes on and on.

That is why it’s important for a producer to know his priorities before making that choice.

Numerous Options For Today’s Farmer
In the case of 2015, the choices are numerous for seed varieties. When you scan our 2015 Seed Guide listings on pages 9, 10 and 11, you will notice that All-Tex has another strong lineup of RR Flex, RR Flex/Bollgard II and conventional varieties. 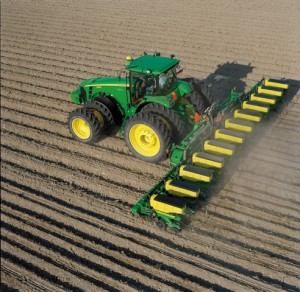 Cotton producers will have many choices of varieties to plant in 2015.

Americot is adding a new BollgardII/Roundup Ready Flex variety to its NexGen lineup.

Deltapine will unveil its new 2015 varieties at its annual New Product Evaluator event in December in Nashville, Tenn. One of its relatively new varieties – DP 1454NR B2RF – was commercialized for planting in 2014 and was bred for resistance to root-knot nematodes.

Croplan will return three varieties to its lineup and have additional announcements later on.

Hazera had four Pima varieties in 2014 and will return all four this year.

Finally, Seed Source Genetics will return all seven of its conventional varieties. 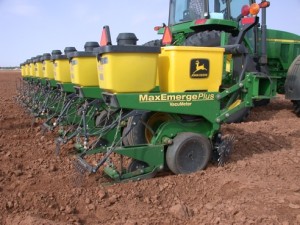 Seed Companies Delivering Technology
While many farmers may be overwhelmed at the rapid pace of new varieties being delivered to the market each year, it would behoove everyone to remember how far seed technology has come in the past decade. Never before have cotton producers had so many choices.

It’s what they need to compete in today’s global market.

All seed companies listed in this year’s Seed Guide contributed information for this article.

Print & Email
production 2014-11-03
admin
Previous: Why Not Auction Your Cotton?
Next: Another Memorable Cotton Harvest