Can Social Media Help You In Business? 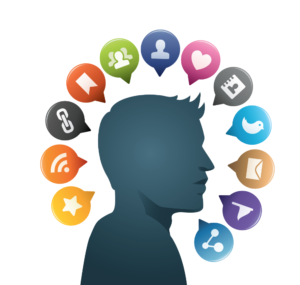 One of the primary functions of associations is to connect people. Getting members of a group together to discuss, share, problem solve and network is an essential in any business. I dare say that businesses that don’t have that connection will eventually fail (not always, but often). That being said there are other ways to link people or solidify those links already established.

Now please don’t think this is a Facebook commercial. Far from it. Facebook has plenty of warts and can be nothing more than an echo chamber for ugly thoughts and ideas no matter what your political or social issues may be. I’m talking specifically as a way for cotton ginners to get together and talk from across the county whether it’s in-season or off.

A quick search of “cotton ginning” found a LOT of groups out there. Many are in the United States but some are outside. Many gins also have Facebook pages for their customers.

So… why am I promoting a time sink like Facebook in a magazine article? During the gin season and particularly during the early part and the end of the season, we (associations) get calls from our members looking for parts, people and problem solving that we don’t always have the resources to solve. I often give out phone numbers to ginners in other parts of the country who might be able to help.

In particular, at the beginning of the season I got several calls for ginners and night crews and occasionally for module hauling.

Most associations don’t have classified ads that work, but many gins are connected on Facebook and may be able to help. Earlier this year, I saw module trucks for sale on one of the pages. I’ve also seen postings for parts and even personnel.

You can start with your own association if it has a Facebook page, but there are many ginners on ginning industry pages.

The trick will be to find one with a critical mass that allows for the free and ample flow of information. Does this minimize your association? Absolutely not. Associations still have key roles in regulation, compliance assistance, information dissemination and, of course, networking. But social media actually can play a role in your management scheme if handled correctly. It’s just
another tool in the belt.

Dusty Findley, CEO of the Southeastern Cotton Ginners Association, contributed this article. Contact him at 706-344-1212 or dusty@southern-southeastern.org.

In his internal announcement to employees, Russell Sutton, president of Lummus’s agricultural line of business, cast the vision for the Daniel hire: “Bart has been brought on board to help us with our strategic initiatives in service transformation and international sales among others. He will also help us look into adjacent markets to diversify our customer base. In his new role, Bart will be bringing his vast array of industry experience to bear (both domestically and internationally) to seek out new growth opportunities.”

Daniel comes to Lummus from Samuel Packaging Systems, where he was director of business development. Prior to that, he was with Leggett & Platt Inc. from 1997 to 2016, where he held numerous executive roles in multiple business units.

Daniel worked for Mohawk Industries in their Karastan Carpet division as the plant manager of the Karastan Rug Mill in Eden, North Carolina. Before that, he was with North American Container Corp. as the plant manager of the NACC Calhoun plant in Calhoun, Georgia. He began his career with Lummus Industries Inc. in 1985 as a field/sales engineer in Greenville, Mississippi. He also worked with Lummus Machine & Tool in Calhoun, Georgia, as the vice president/ general manager of LM&T.

Daniel is credited as inventor or co-inventor on 28 U.S. and international patents, primarily covering automated agricultural processing equipment. He also has one patent pending.

Daniel is a graduate of Texas A&M University, with a bachelor of science degree in agricultural engineering.

Regarding Rutherford’s promotion, Sutton says, “Ross, in many ways, is one of the key players within the Lummus organization. His decades of experience in the field and at the corporate level, make him well-suited to oversee the product planning, marketing focus and brand strategy for Lummus’s agricultural line of business.”

Rutherford is a career Lummus employee, having begun in 1986 as a field engineer in the Lubbock, Texas, office.

In 1987, he moved to Fresno, California, working as a sales engineer until 1989, when he moved to the corporate headquarters in Columbus, Georgia. From 1989 to 1999, Rutherford worked in a variety of roles in design engineering, technical service and sales/marketing.

When the company moved its corporate headquarters to Savannah, Georgia, in 1999, Rutherford assumed the role of project general manager. He moved to Lubbock in 2004 to assist with the oversight of the newly acquired Belt-Wide Industries Inc., and has lived there since.

In addition to his duties at Lummus, Rutherford has dedicated much of his efforts to supporting the cotton ginning industry through education, serving as an instructor for the annual National Cotton Ginners Association Gin Schools in Texas, New Mexico and Mississippi.

He has also conducted Gin Schools in Argentina and Brazil and authored or co-authored more than a dozen technical articles on ginning, presenting many of the topics at industry technical meetings.

In February, he was awarded the Charles C. Owen Distinguished Service Award from the National Cotton Ginners Association and is an active member of the American Society of Agricultural & Biological Engineers.

Rutherford is a graduate of Texas A&M University with a bachelor of science degree in agricultural engineering.