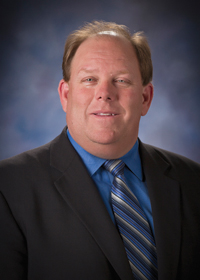 While folks begin to tighten things up for the upcoming ginning season, pre-season training will begin, and as always, they will slap in the National Cotton Ginners Association’s Safety videos, including the one on lockout/tagout and say they have covered their “safety training requirements.” But is that really the case now? Is carefully watching the Lockout/Tagout video sufficient training today?

In a word, no! In addition to pre-season training, you must conduct ongoing training throughout the year, such as tailgate tra-inings. And whether FedOSHA or your particular state’s OSHA requires it or not, you need to verify that employees know how to perform the proper lockout/tagout.

If you aren’t sure that an employee knows how to lockout, are you willing to let him work on equipment in the gin? Would you let a teenager drive your car without proving he/she can drive first? Nope.

You must also consistently enforce lockout/tagout and discipline employees when you witness them not locking out properly.

Be Proactive On Safety

If you don’t write up people, they will never have the respect they need for your safety programs. Finally, lockout/tagout must be performed whenever servicing or repairing any piece of equipment, including cotton module movers and tractors.

Many employees don’t want to “take the time” to lockout equipment. Sometimes only one person will place a lock on a piece of equipment even though multiple employees might be working on that equipment, which is an absolute mistake and a violation.

Last year in California, four accidents occurred in agricultural operations (not just cotton gins), and two of those resulted in deaths. In those two cases, the person who was killed did not have his lock placed on the disconnect for the equipment, and someone else turned on the equipment.

Can you imagine standing in an auger to repair it and having someone else turn it on while you are in it? That is exactly what happened in one of the deaths. Accidents resulting from failure to lockout properly are never nicks or scratches. They result in dismemberment, or in the worst cases, death.

Lint cleaners are a prime target, and anyone working on, around or even close to a lint cleaner in the gin better be trained on the proper lockout procedures.

Lint cleaners present a special issue, because the potential energy from the coast down of the lint cleaner saw lasts for a while. Not only must you lockout the equipment, you need to ensure that the saw has definitely come to a complete stop.

Pre-season training is not enough. Ongoing training is an absolute must, as is verifying that the employee can actually perform the lockout properly, and write it up when others don’t!

Finally, you will need to document all of this, but again the focus must be on performing the necessary training and testing. Yes, lockout/tagout is a necessary pain!

Roger Isom of the Calif. Cotton Ginners Association contributed this article. Contact him at roger@ccgga.org or (559) 252-0684.