The Fresno, California, Chamber of Commerce and Moss Adams have named Mark Borba and Bowles Farming Co. the 2019 Agriculturalist of the Year and the Ag Business of the Year, respectively.

The 2019 Agriculturalist of the Year is awarded to an individual who exemplifies leadership and integrity in the Central Valley’s agricultural business community. The 2019 Ag Business Award is awarded to an organization which exemplifies a leading for-profit ag organization whose achievements and impact have significantly contributed to the ag industry and the Central Valley. 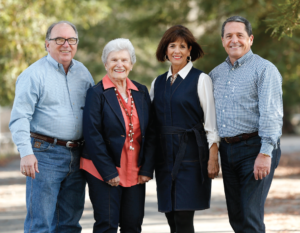 Borba is a fourth-generation farmer who grows almonds, tomatoes, garlic, melons, lettuce, wheat and cotton. He co-owns Borba Farms with his brother, Ross. It is a family owned and operated farm established in 1976 with Central Valley roots dating back to the early 1900s.

Borba has dedicated himself to the service and advocacy of Fresno County farmers and ranchers. He has spent much of his personal time educating community members and elected officials about agriculture and water issues.

Borba has dedicated countless hours to various organizations throughout our community and has been honored multiple times for his work. He previously served as chairman of the board Community Medical Centers, Fresno; chairman of the California Cotton Growers Association and served on the board of the Maddy Institute.

“Each year we are honored to recognize an outstanding leader in our area with the Agriculturalist of the Year Award,” said Nathan Ahle, president and CEO of the Fresno Chamber of Commerce, “Mark Borba is an amazing addition to the list of past winners, with over four decades of farming in the Valley and his tireless efforts in helping the ag community and making Fresno County a better place to live.” 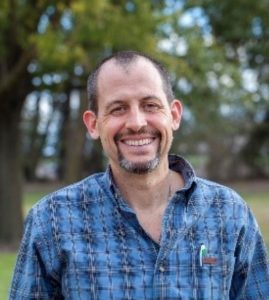 Bowles Farming Co. was founded in 1965 by brothers George and Henry Bowles, and their sister, Amy Bowles Lawrence. It’s now owned by members of the Bowles and Lawrence families, giving them six generations of sustainable agriculture and family farming.

Sustainability is part of everything they do; they understand the importance of responsible farming practices. The 11,000-acre farm, headquartered in Los Banos, harvests almonds, tomatoes (both processing and fresh market), cotton and much more in the California Central Valley.

Bowles Farming produces the world’s only verified pima cotton, Pimacott. Cannon Michael, president and CEO of Bowles Farming, is an advocate for California agriculture and intelligent water policy. Environmental stewardship, ethical treatment of workers and sustainable production are all extremely important to Cannon and the Bowles Farming team.