The system functions by collecting rain from the 48,000-square-foot roof surface of the industrial plant. It is then stored, filtered and used onsite. The plant can sustain its operations on a total annual rainfall of only 6 inches. The system also allows the company to increase water-use efficiency and sustainability by monitoring the tanks for water-use trends. 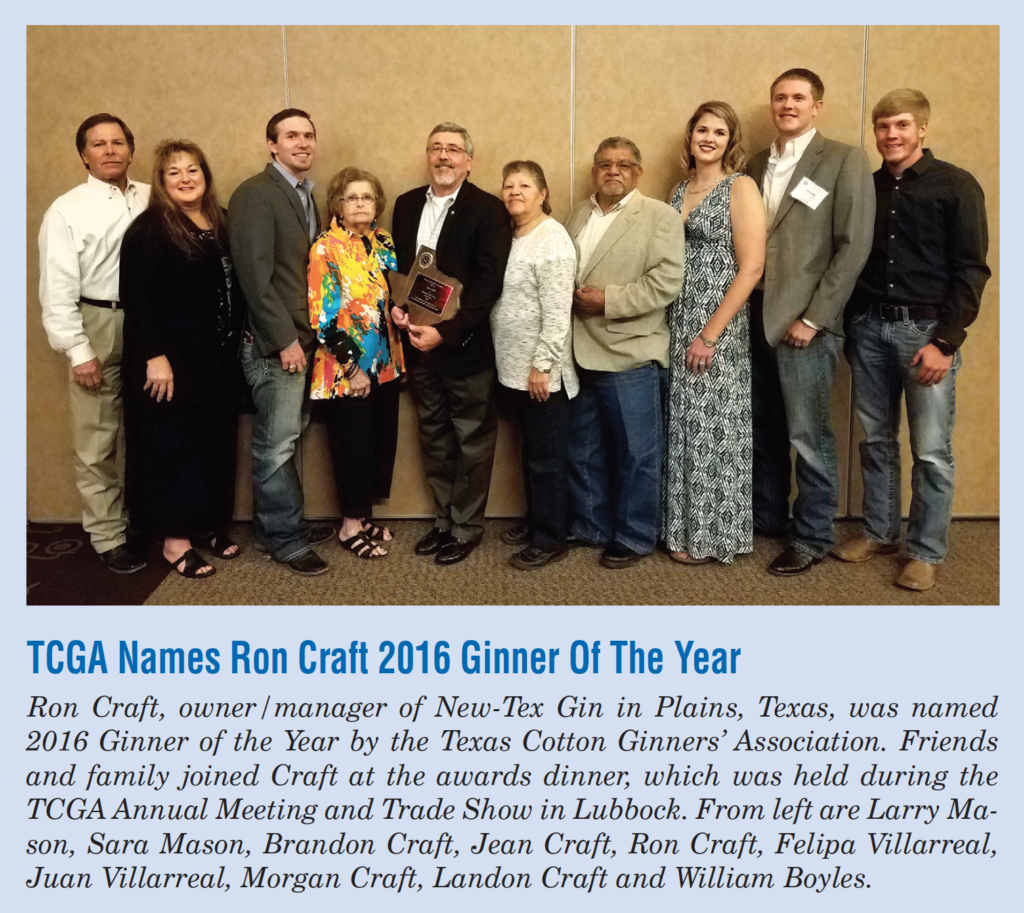 “Since it began in 2008, the Deltapine NPE Program has resulted in the commercialization of new cotton varieties that have raised the bar for cotton performance in all regions from a production and pest management standpoint,” says Keylon Gholston, Monsanto cotton product manager.

Feedback from NPE growers about the candidates will help determine which ones are commercialized as the Class of 18 and how to best position and manage those new products.

In 2007, high-performing varieties were being replaced due to the introduction of newer technology. Monsanto, having just acquired the Deltapine seed brand, met with farmers to discuss their concerns. The result of those conversations was the Deltapine NPE Program.

Select producers from every region of the Cotton Belt were invited to evaluate pre-commercial variety lines on their farms and in their growing systems.

Planting his 10th NPE plot this season, cotton farmer Kent Wannamaker, St. Matthews, S.C., says, “The NPE Program has created teamwork between Monsanto and growers, allowing us to evaluate new Deltapine varieties on large-acre plots on our farms. It has helped the cotton industry by delivering improved cotton varieties with better traits to grow cotton more efficiently and with increased yield potential that improves the bottom line.”

For more on Deltapine cotton varieties and the NPE Program, visit www.deltapine.com.

New Herbicide Launched For Use In Cotton
UPI has launched two new herbicides in the United States, one of which is labeled for use in cotton. Moccasin is the first post-patent herbicide containing the active ingredient S-metolachlor.

Labeled for use on a wide spectrum of crops (including cotton, soybeans, peanuts, potatoes, sugar beets and corn), and with multiple application timings, UPI says Moccasin is one of the most versatile soil-applied herbicides available today.
The company also launched Shutdown herbicide for use in soybeans, sunflowers, tobacco and several vegetable crops.

“We are excited to add Moccasin and Shutdown to our growing portfolio of products,” says Chris Bowley, product manager. “UPI’s mission is to bring high-quality and economical options to market that help American growers combat the challenges posed by herbicide resistance. These two products help to reinforce our commitment to this mission.”
For more information, go to www.upi-usa.com or call 800-438-6071.

The FiberMax One Ton Club celebrated 389 producers who qualified 4-bale and higher yields with FiberMax varieties in 2016. Now in its 12th year, the club has 1,048 high-yielding farmers as members.

Johnny Lindley, who farms near Lakeview, Texas, recorded the highest yield for those who qualified for the One Ton Club in 2016 — 3,059 pounds per acre.

Every One Ton Club member, including 199 farmers who qualified for the first time, recorded yield averages that were more than 2 ½ times higher than the Texas state average.

The highest acreage winner, Craig McCloy, who farms near Morse, Texas, averaged more than 2,000 pounds per acre on 2,046 acres.

“This club is solid evidence of the success growers enjoy when they combine their knowledge and skills with our science — cottonseed varieties and inputs focused on increasing a grower’s opportunity for profit,” says Jason Wistehuff, U.S. product manager for FiberMax cotton.

“Growers have qualified for the FiberMax One Ton Club with 37 different varieties,” Wistehuff says.