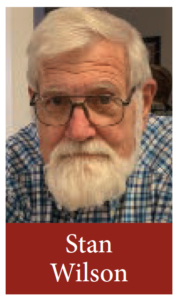 In 1934, the Bakersfield Exchange Club sponsored a cotton picking contest with prizes. The event was held in Buttonwillow and had 30 contestants. On Oct.12, 1935, the Kern County Farm Bureau directors decided to sponsor a similar event.

The committee set Oct. 25 as the contest date and selected a 40-acre cotton field belonging to W.H. Mettler near Shafter. The field was estimated to have a high yield (bale and a half per acre), allowing the pickers an opportunity to set a new daily record.

A set of rules was established, and the event was announced in all the local newspapers. An invitation was also issued to adjoining cotton counties to send their best pickers. The contest was scheduled to start at 7 a.m. and last for nine hours.

All pickers would be paid the regular picking rate, which was 90 cents per 100 pounds, regardless of any prize money they might win. Pickers were assigned rows to pick and must pick the rows clean and pick the cotton clean. The judges would make a weight deduction if the cotton was not picked clean.

Each picker could either bring a helper or a helper would be provided. The helper was to carry the sacks to the end of the field for weighing and dump the cotton in the trailer. But they could not assist in any way with the picking. The picker had to furnish two good 10-foot sacks, so one could be dumped while he continued to pick with the other. Time out for lunch was to be decided by the contestants. Lastly, the pickers were told the decision of the judges was final.

Hundreds were expected to watch the event, so three highway patrolmen and three sheriff deputies were assigned to assist with traffic. The Bakersfield Californian estimated there were 1,000 spectators, with many coming to cheer for their “favorite son.” The Shafter Wednesday Afternoon Club set up a booth to sell sandwiches and coffee to the spectators.

During the day, the Wasco Creamery furnished milk to the pickers. The Bakersfield Californian, which was an afternoon paper at the time, reported that just before noon, Luis Castenada had picked 368 pounds with a bag waiting to be weighed. His brother, Trinadad, was second with 352 pounds. Bets were being taken as to which brother would win.

Twenty-six organizations, including farm suppliers and cotton gins, funded the prize money and expenses. Philip Cerro also gave his patented Easy-Dump picking bags to the winner and to the picker, L. Hollis, who finished with the smallest amount, 501 pounds, as a consolation prize.

The average picked among the contestants who finished the contest was 647.17 pounds. The reported world record at the time was set in l925 by George R. Reed, who won the Texas State Championship with 910 pounds picked in nine hours. A total of 36,950 pounds of cotton was picked at the Mettler Farm.

Thirty-five years later, one man in a two-row cotton picker could pick as much in nine hours as the 60 top pickers accomplished in this story. Talk about changes in a lifetime!

As far as I could discover, the cotton picking contest continued from 1934 until 1937. Cameramen from “News of the Day” were on hand at the l937 contest and recorded more than 1,000 feet of film to incorporate into a newsreel released to theatres throughout the nation.

Here is how Kern County Ag Commissioner Luis Burtch summed up the event’s goals: “The contest has been carried out annually for the past four years for the purposes of creating more interest in our cotton industry — the county’s largest crop — and also to attract better pickers to the Kern County fields.”