Chronicling Cotton Through A Nikon 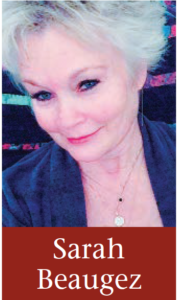 “I’m just a cotton pickin’ Coast girl with a camera and a pen.”

I didn’t grow up around cotton and didn’t know what a boll of cotton looked like until I was 18 years of age in 1978, as a freshman at Delta State University in Cleveland, Mississippi. That doesn’t mean it didn’t affect my life on a daily basis prior to that time and after.

In 2010, I returned to the Mississippi Delta and, along with my Nikon, fell in love with all things ag. At that time, I wasn’t shooting much cotton. In the years since, my curiosity about cotton and the history of Mississippi has grown into my becoming a student of the same. Mississippi’s cotton story is rich and stands longer than since the state became a state in 1817. Thus, my work in progress — a book about all things Mississippi cotton.

One of those four growers is John McKee III of Friars Point. John is, first and foremost, a gentleman of the Southern kind. While strong enough to farm thousands of acres of cotton, corn and soybeans, he’s gentle enough to refer to his wife as darlin’ and honey. He loves what he does and does what he loves.

I was in the Delta photographing John’s cotton not so long ago. He introduced me to his crew, giving them more credit than he takes for any part of what is produced. John loves life and beauty, the Delta and Mississippi. His return home to farm in Friars Point in the 1980s, after earning multiple degrees in engineering, is proof of his love of the land and what it produces.

John’s commitment to excellence is not isolated when it comes to cotton farmers in Mississippi. I’ve followed and photographed cotton farmers Joe Grossman of Itta Bena, Pallas Fair of Hamilton and Kevin Kemp of Carthage. Their dedication to producing a stellar crop of cotton can only be likened to the passion that comes with any given lover of life.

I’ve learned that being part of the cotton industry, in any capacity, is not for the faint of heart.

How? Well, these folks have opened themselves up, sharing moments in time that cannot be recaptured. I’ve sat across the kitchen table from Tony Thompson of Nanih Waiya, Mississippi, who grew up in the Burnside community, painstakingly telling me about planting with a mule and a plough, explaining the differences between chopping and hoeing, what a Gee-Whiz and a fertilize knocker were used for, and what it was like to pick cotton until his hands bled.

I’ve listened to Ailene of Louisville tell me how she’d come home from school to grab a cold biscuit, carve a hole and throw in some molasses, only to go out and find her mother in the cotton field, dragging her sleeping 3-year-old brother on the sack behind her while she picked.

And there was Felix Greenwood explaining on a video I made with my iPhone about how a cotton scale was used in a field, using peas to weigh cotton sacks up to 160 pounds. Gaylon Booker, a former CEO of the National Cotton Council, explained to me the challenges of sitting on U.S. presidential boards and the World Trade Organization. And Emmett Chassaniol has been patient to inform me about the market and what it’s like to be the last independent cotton broker on Cotton Row in Greenwood.

Yes. My life is all the richer for taking the time to learn about growing cotton in Mississippi. And I’m just a cotton pickin’ Coast girl with a camera and a pen.