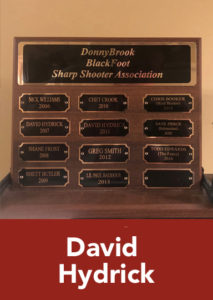 After 32 years of crop consulting, you would think this business would run like a well-oiled machine. To the contrary, running a company with predominantly 18- to 25-year-old employees is much like running a house full of teenagers. Always expect the unexpected! The DonnyBrook!

I’m sure many people have no idea what a DonnyBrook is or where it originated. I was first introduced to the term by Jeff Jones, a good friend from Conway, Arkansas. Anytime we got ourselves in a precarious situation, Jeff always referred to it as a DonnyBrook.

Unbeknownst to me, DonnyBrook originated in Dublin, Ireland, hundreds of years ago and referred to an annual disorderly event. And anyone who has had young people hired for a summer or involved in farming understands how disorderly an event every summer can be.

This legend would not be complete without mentioning a “disease” that occurs to turkey hunters that Rhett Butler named the “BlackFoot” turkey disease. It’s usually associated with a DonnyBrook of some sort — like a cell phone ringing and scaring an old tom turkey that has been as formidable an opponent as Spartacus himself. This “head” disease is a subconscious affliction that deems it impossible to kill the wild turkey. Rhett says the only way to shake it is to eat collard greens.

In 2006, I started the DonnyBrook BlackFoot Sharp Shooter Association as a joke aimed at Nick Williams for missing so many turkeys on one Florida hunting trip. I bought a plaque and put his name on the first brass plate. Every year since, whoever gets the award has to display the plaque in their office for the whole world to see until someone else wins it.

We’ve also experienced Donny-Brooks at our home on numerous occasions. In a house full of four boys and myself, my poor wife, Crystal, never had a chance. There was always a DonnyBrook to deal with! I once shot a balloon out of the 20-foot ceiling in our living room with a BB gun. Hit it first shot! Unfortunately, when we sold the house, the buyer noticed the BB was still in the ceiling.

Much like our home life, my business has always been full of surprises. I met a farmer once whose place was named Fiasco Farms. In hindsight, Fiasco Consulting would have been a great name for my company. For more than three decades,

DonnyBrooks have been associated with our day-to-day consulting business. We’ve had snakes in hip boots, snakes in sweep nets and snakes in the cotton. We’ve had trucks stuck in the mud, stuck in ditches and stuck in fields. The majority of the time, I didn’t have a clue how the trucks ever ended up in any of these places.

There have been several wrecks with both trucks and motorcycles. The accidents were mostly harmless although many have made great stories. In three of the wrecks, there was no driver. Only we could do this! DonnyBrooks just seem to follow us around. We have sunk a truck. We have flown over the cab of the truck on dirt bikes and flipped out of trucks on four wheelers. We have flown over the handlebars on motorcycles and landed flat on our backs off of ATVs.

We’ve busted out back glasses and thrown motorcycles out of trucks. Here at Hydricks Crop Consulting, we call all these incidents DonnyBrooks that have helped shape my business into what it is today.

As many of you know, operating a company or a farming operation is a lot of hard work. You learn from each DonnyBrook, and it makes you better. I once was told by a client, Kenny Qualls, as he was looking at damaged fruit all over the ground, “I’m not in this for revenge.”

But through the adversity brought on by DonnyBrooks always comes wisdom. A farmer named Roe Jackson said about the only thing he ever learned from growing cotton was to “never give up, never give up.” We made more than 1,400 pounds per acre this past year on a cotton field on his grandson’s and great grandsons’ farm that only had 11,000 plants per acre. No matter how bad it gets or how many DonnyBrooks you’re dealt, remember Roe’s words: Just never give up. Thank you, Roe, and RIP!

So many friends, such as Rhett Butler and Nick Williams, helped shape this legend. To my wife, Crystal, our four boys — Tyler, Kadin, Tucker and Koby, who continue to work for pops — and to the countless scouts who endured 12- to 16-hour days, I dearly appreciate your efforts. I couldn’t do it without y’all.