Not a Cotton Picker 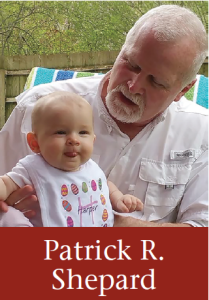 Sporting a faded, floppy-brimmed fedora, Aunt Blanche would lay on the horn of her bob truck even though my older brother, Mike, and I were waiting for her on our front porch. We grabbed our new 9-foot-long Bemis Blue Cat cotton picking sacks made of heavy canvas with rubber dots on the bottom, and our paper bag lunches of rag baloney sandwiches, Lay’s potato chips and Hostess Cup Cakes, and scrambled into the corroded truck bed already loaded with cotton pickers. Dutch and Charlotte, twins from my second-grade class, motioned Mike and me to sit beside them. Dutch was tow-headed; Charlotte’s bowl-cut hair was almost as short as her brother’s. We laughed as we headed for the country.

In the late ’50s, many rural schools in the South let out so the children could help their families pick cotton. Back then, I jumped at the chance to get out of the classroom and make a little spending money – money to buy a Mickey Mantle baseball glove – by picking cotton on Aunt Blanche’s farm.

That first morning, I reached down to pull what I thought was a big bottom boll, but instead was a baby rabbit. Mike, who was a fourth-grader, several other children and I played with that rabbit until the grownups made us go back to work. Later, while I was bent over a cotton row pulling lint from pointed burrs, something thumped the side of my head and plopped to the ground; a green boll rolled at my feet in the furrow. I looked up. Charlotte, a few feet behind Dutch several rows over, giggled at me and nodded at her brother. I started chunking top green bolls at him, and he threw several back. Mike and Charlotte joined in. A few stray shots struck some grownups, who yelled at us to stop horsing around. We did, but behind the grownups’ backs, we smiled conspiratorially.

Mike, Dutch, Charlotte and I finally filled our sacks enough to justify toting them over our shoulders to the weigh wagon parked on the turnrow. We didn’t tamp down the cotton by banging our sacks bottom first on the ground like the grownups or older kids did. Individually, we hooked our picking sacks to the scales first by the wire loop at the bottom corner of the sack, and then by the shoulder strap. After we had our sacks weighed, we emptied them in the trailer, and then wrestled each other on the soft mat of seed cotton until Aunt Blanche fussed at us, running us back into the field.

In 1960, 90 percent of all the U.S. cotton grown was handpicked. By ’65, 95 percent was machine harvested. I admire those tough men, women and children who picked cotton daily for income – not spending money – until mechanized pickers finally displaced them.

And could some of them pick a lot of cotton in one day! The files of my hometown newspaper, The Democrat Argus, in Caruthersville, Mo., recorded that in 1902, a Newt Adams was proclaimed the picking winner of nearby Braggadocio, having picked 421 pounds on the 27th of October.

The late, great Dr. Hal Lewis, a life-long champion of the U.S. cotton industry, especially its farmers, once told me that when his older brother was young, he could pick 500 pounds a day. One time from a turnrow on their Dell, Ark., family farm, Hal said he was watching his brother pick, and their father remarked, “He’s a cotton-pickin’ dude.” Hal nodded. “That he is.” Then the father regarded Hal, smiled, and said, “And you’re a dude pickin’ cotton.” Hal nodded again. “That I am.”

I enjoyed my two weeks of picking cotton in 1959. Savoring temporary freedom from school. Doing fun things like chunking green bolls and wrestling in cotton trailers with my older brother and our friends. Earning money to help buy a coveted baseball glove instead of asking my parents for it.

Squinting from beneath her floppy fedora, Aunt Blanche would’ve grunted in agreement.