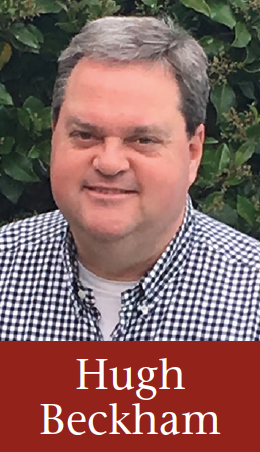 One of my first memories was the arrival of my brother, Tom, in the summer of 1968. I was not quite 2 years old, but somehow it sticks with me. Growing up in Belzoni, Miss., provided a great environment and many opportunities to create such memories, as the town at that time was to me much like Mayberry was to Opie Taylor. I could walk from one end to the other, ride my bike most anywhere, and my parents never worried if we got home late. A phone call to a friend’s mama would suffice to easily locate us if we needed a reminder.

Tom and I played together with other neighbors our age. We were always on the same Little League baseball team, and in the same Boy Scout troop years later. When I was 11, we moved to nearby Greenwood – a bigger town and an opportunity to make new friends at a new school. But the absolute best memories of growing up with my brother were made on our family farm, which was between Belzoni and Greenwood near the small hamlet of Swiftown.

From the sixth grade on, the last exam in May marked the first day on the farm. This would last until two-a-day football practices started in August. We spent about 90 days each year on the farm, only interrupted by baseball or a week at our Boy Scout camp – Camp Tallaha. Farm labor would come and go, but for the most part, the personnel consisted of Tom, my Daddy and myself. The lessons were too many to count, from “riding the planter” to eventually driving tractors, working on equipment, and doing all things related to raising mostly soybeans. Meanwhile, we developed a strong work ethic and learned the importance of teamwork. These valuable lessons have helped in every step of my life.

Most all brothers will have an occasional disagreement, and we had our share. The advantage of being the oldest brother is the gift of time and size, and for many years I ruled the roost. One day on the farm changed all that during a scuffle. Tom started catching me in size when he turned 10. It was a rainy day while Daddy was piddling on something in the shop. Our idle minds led to an argument, and the altercation ensued. Years of losing had built up in Tom, and he would not be denied a victory that day. I made up my mind quickly that I would much rather have him as my friend than my foe. That day was a turning point for sure!

I remember teaching him to drive Daddy’s pickup later that year – an old Ford with a column shift. Wet days would become opportunities to shoot our .22-caliber rifle to check our accuracy on tin cans from various distances. Working in the same field would spark many spontaneous moments to try to make each other laugh. The competition to out-funny the other may have created a couple of class clowns that future teachers at Pillow Academy would come to dread. I remember the first year we used Basagran, and watched this chemical kill our cockleburs but not our soybeans. I marveled at that concept and will admit that it piqued my interest in agribusiness. I could not imagine then the possibilities that would come to agriculture over the next decade.

Neither of us came back to the farm; I went into agribusiness and Tom to the banking industry. Our father continued farming until his untimely death in 1999. By then, Tom and I were entrenched in our careers and family lives, he in North Carolina and I in north Mississippi. We still have one tract of land that we own together. Being 12 hours apart makes it difficult to see one another’s family, so we usually plan visits around Mississippi State football games.

However, owning a farm together makes it necessary to communicate many times each year with contracts, bills, taxes, etc. Ironically, the one thing that keeps us in touch the most today is the very place that made the best memories we had growing up together. I wouldn’t trade our time on the farm for anything. If you have the same opportunity with your kids today, cherish them. The time will go by fast, but the memories will last forever.