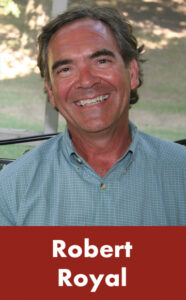 Everyone has their favorite expletives. When I was a child, I always laughed when the cartoon character, Charlie Brown, got frustrated and said, “rats!” He was a classy guy, not given to cussin’. It is also funny that while “rats” seems benign on the one hand, it represents a filthy, destructive, disease vector on the other hand. I loathe them!

It is fall now, which marks the beginning of rat season, their migration from the fields. As crops are harvested and temperatures drop, those rodents whose homes were destroyed by combines, stalk shredders and plows will seek new winter shelter in houses, sheds, storage bins and other structures. To combat the problem, some farmers keep “shop cats” around. Others put out traps and poisons. Some even allow snakes to coexist peacefully.

Every farmer has rat stories. Some border on outrageous, but I’ve seen too much in my life to call anyone a liar. Nothing surprises me. Sadly, the stories often involve wiring damage to a very expensive piece of farm machinery. I read in a U.S. Fish and Wildlife publication, it is estimated that rats consume grain and destroy other property worth $19 billion annually. I believe it.

In the early ’70s, a few of my buddies and I went on an overnight squirrel hunting trip. We were all about 15 years old. Rather than pitch tents, we stayed in a long-abandoned cypress tenant house that turned out to be overrun with rats. A large wooden cable spool served as a table where we piled our groceries.

After supper, we retired to our cots, and the rats came out of the walls en masse. I heard the boy on the cot next to me scream and kick a rat off his feet. I zipped up tight in my sleeping bag and tried to ignore the noises.

When we woke the following morning, our grocery table was a mess. The bread was gone. All that remained was an empty plastic bag without so much as a crumb. The milk jug was empty, too. It had a hole gnawed in the bottom, yet there was no puddle underneath. Decades later, I brought up the memory of that night with one of my fellow trauma victims. He remembered everything just as I did and even added an item or two that I had either forgotten or repressed. Yes, it really happened.

Rats also have a way of surprising me when I least expect it. One day, I went upstairs in my farm shop to retrieve a joint of 4-inch PVC pipe that lay stored across the roof joists. I reached up over my head, grabbed one end of the pipe and pulled it toward me. This put the entire 10-foot pipe at a sharp downward angle with the nearer end just inches from my face. Looking inside, I saw that less than halfway up was an overfed Norway rat sliding helplessly.

Fatso was trying to dig in with his heels but to no avail. The slick walls of the pipe were like the iced track of the Olympic bobsled. As he neared my face, I peered into his soulless eyes. The nasty abomination popped out of the pipe before I could turn it loose. I felt his weight and the scratchy grip of his claws as he ran across my shoulders and around my neck. Then, he leapt off and disappeared.

I trotted down the stairs, squatted at the water hydrant and washed my face and neck. Next, I blew out my hair and shirt with the air compressor nozzle. Finally, I sat down on a bucket and a vigorous cathartic shiver rattled through my being. I was embarrassed by the sound I had made when the rat crawled around my neck.

I didn’t know that unrepeatable expletive was part of my vocabulary. Nor did I know my masculine voice box could contort itself to produce a frequency and decibel that if sustained longer would have shattered nearby windows.

Like weeds, insects and diseases, rats are just another farm pest we must work to control. They will never go away. I will now take liberty with William Faulkner’s Nobel Prize acceptance speech.

I decline to accept the end of the rat …. It is easy enough to say that the rat is immortal simply because he will endure: that when the last dingdong of doom has clanged and faded from the last worthless rock hanging tideless in the last red and dying evening, that even then there will still be one more sound: that of his puny inexhaustible jaws gnawing on the electrical circuitry of a cotton picker.