Home » My Turn » Riding On The Planter

Riding On The Planter 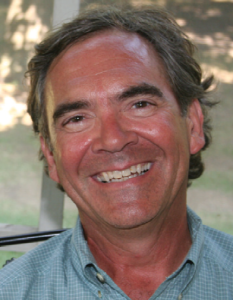 When I was about 13 years old, my father gave me my first real paying job on the farm, and I was very proud to become a part of the team. My assignment was to ride on the planter. It wasn’t a cushy job, because the days were long, and the old planter was a Rube Goldberg contrivance that was forever breaking down. My job was to spot any problem early, then holler at the tractor driver so he could stop and fix it.

The implement was a six-row International model 86. Today, that contraption would seem a strange sight indeed. Unlike other planters, it hinged under the belly of the tractor and with its vintage lines and pot belly seed hoppers, it would today lend itself to some cute anthromorphic cartooning.

Each planting unit was ground driven by its own huge 20-inch press wheel, and the complete works was a rat’s nest of flat chains, roller chains, sprockets, gears, pulleys, hill droppers and plates. In each hopper, a stirring rod turned constantly to prevent bridging of the clumpy, machine-delinted seed. Further adding to the complexity of this cotton planting enterprise was an electric Gandy box delivering granular pesticide to the seed furrows through an octopus (minus two) of flimsy, bouncing tubes. All this was sealed with a pre-emerge spray behind the press wheel.

As ringmaster of this circus of motion, I supervised by pacing one end to the other on a narrow board catwalk mounted across the back of the planter. There was a hand rail, and I never let go of it, because chewing beneath me was the ravenous maw of the beast.

It is a funny coincidence that during this same time President Richard Nixon signed OSHA into existence. Stumbling along a bouncing board in a blinding, choking cloud of organophosphate-laden dust with a meat grinder of parts churning beneath me, I was a poster child for the very carelessness OSHA rightly sought to end.

In fact, more than once, I considered whether my father was really just trying to get rid of me by giving me that job in the first place. This was especially so when he drove the tractor. We Royal men are cursed with an inclination to let our minds wander. When Daddy reached the end of the row, he had quite a litany of tasks to perform and in something of an order: clutch, throttle down, shift to neutral, shut off spray, shut off Gandy box, etc. It was a mental burden.

A few times while stopped at the end of the row, he absentmindedly released the clutch without first throttling back and shifting to neutral. The tractor reared up and roared forward like a full blown dragster on the green light! The jolt threw me flying backward. Landing was painful. I’d roll through the beige dust moaning, then stagger up glaring at him. The first time it happened, I forgave him, but after that I got downright resentful. We Royal men are also slow learners.

At this age, I knew the full syllabus of cuss words, or at least I thought I did. Daddy never swore, and although most of my buddies did so very eloquently, it was not something I made a regular habit of. Just the same, after being body slammed on the hard ground, I wanted to jump up and cuss him out proper. I restrained myself, though. Instead, I’d fuss at him for being careless while I dusted myself off and climbed back on the planter. He’d offer a sheepish apology, but he only made me angrier by snickering as he apologized. After a few more acres, I’d calm down.

It is said that folks are shaped by their experiences, and I could argue that I was nearly misshaped by my experiences then, but it really was only as dangerous as I let it be. The fact is, I learned and experienced more in those few short weeks than in any other period of my life.