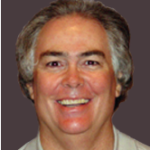 George Washington once said, “I know of no pursuit in which more real and important services can be rendered to any country than by improving its agriculture.” Having worked in agricultural research for 34 years in the Mississippi Delta and witnessing the migration from King Cotton to a landscape dotted with grain bins, I have seen firsthand the changing face of rural America.

In 1976, the bicentennial year, USDA published its Yearbook of Agriculture titled “The Face of Rural America” that was billed as a visual record of America’s agriculture 200 years after the Declaration of Independence. Now, 38 years later, even greater change continues. In 1960, the average American farmer fed 25 people. Today, that number has grown to 155 people. For many years, agriculture was credited with supplying food and fiber for the world. However, today a third has been added – fuel. As our nation continues to grow, its dependence on energy, alternative energy and/or renewable energy is critical for the future.

Another George Washington – George Washington Carver, born in Missouri in the 1860s – was an American scientist, botanist, educator and inventor. His reputation is based on research on alternative crops to cotton, such as peanuts, soybean and sweet potatoes. These crops aided nutrition for farm families but also could be used as sources of other products that could improve quality of life. He developed and promoted hundreds of products made from peanuts, including cosmetics, dyes, paints, plastics, gasoline and even nitrogylcerin.

I have seen firsthand the changing face of rural America”

Mississippi State University Extension Service joins other states in celebrating the centennial of the Smith-Lever Act (1914). Cooperative Extension was designed as a partnership of the U.S. Department of Agriculture and the landgrant universities authorized by the Morrill Acts of 1862 and 1890. Legislatures in the various states then enabled local governments in the counties to become a third legal partner in the educational endeavor. The MSU-ES has a presence in all 82 counties in Mississippi in the form of Agriculture and Natural Resources, Family and Consumer Science and Education, 4-H Youth Development, and Enterprise and Community Resource Development.

The Delta Research and Extension Center at Stoneville celebrated its 100th anniversary in 2004 and dedicated the Charles W. Capps Jr. Entrepreneurial Center. This state-of-the-art meeting facility offers 18,000 square feet of meeting space, a 400-seat auditorium and distance learning capabilities. The Centennial Rotation was established the same year to evaluate crop rotations with the latest technologies. The rotations include twoyear, three-year and four-year rotations with cotton, corn and soybeans with all crops in each rotation grown each year.

I have now moved to a new office in the Verner G. Hurt Research and Extension Building on the campus at Stoneville and watched out my window as the old three-story was laid to rest. The grass now grows green where a monument once stood. The 83-year-old building is now only a memory but having spent the majority of my professional career within those walls, it remains special to me. The landscape is changing, and I suppose we all change along with it.