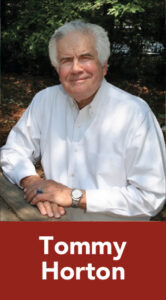 It was so ironic when I recently received an email message from Carroll Smith asking if I wanted to contribute a My Turn column for the next issue of Cotton Farming.

Suddenly it brought back memories when I was the editor of this magazine and would ask the same question of anybody connected to the cotton industry. I always tried to make it seem like an easy task for the person I was conversing with on the phone. I said it was like writing a letter to your best friend.

All I can say six years after retiring as editor in 2015 is there is never enough space to put all of a person’s thoughts into this column. But have no fear. I won’t go overboard in the nostalgia department. I will simply say that looking back it was a privilege and honor to have worked in the cotton industry for nearly 30 years — 13 years in the communications services department of the National Cotton Council and more than 16 years at Cotton Farming.

Prior Experience As A Sports Writer

For a person who was working in a completely unrelated field as a newspaper sports writer from 1968 until 1983, the cotton industry was the last thing on my mind. Newspaper jobs took me from Memphis to Fayetteville, North Carolina; Greensboro, North Carolina; Jackson, Mississippi, and back to Memphis. When you’re a sports writer, you have to be ready to move when another opportunity presents itself.

Even when the Memphis Press-Scimitar closed in 1983, the cotton industry still wasn’t on my radar screen. I didn’t want to pick up and move out of town anymore so I found myself as the public relations director for a pro football team — the Memphis Showboats of the United States Football League.

This was an exhilarating, enjoyable and memorable adventure. Unfortunately, it only lasted two years when the league’s anti-trust suit against the National Football League failed.

My Introduction To Cotton

I probably could have moved out of town again, but I was tired of being a traveling gypsy. That is when one of my newspaper friends (Cotton Nelson) encouraged me to pursue an opportunity in the National Cotton Council communications services department. It also helped that the owner of the Memphis Showboats was cotton merchant Billy Dunavant. I would never have been given the chance to work at the NCC had it not been for the help of this cotton leader.

I listened and tried to learn as much as I could about the cotton industry during my 13 years there. Mentors such as Earl Sears, Gaylon Booker and Dorothy Rob-erson showed a lot of patience for any new staffer trying to understand the complicated nature of an industry with seven segments — each trying to find profitability in a volatile economic environment.

It was sometimes a bit overwhelming — especially in 1987 when I was accompanying a group of industry leaders on a tour of East Coast newspaper editorial boards at the New York Times, Washington Post, USA Today and Wall Street Journal. At every stop on that tour, I whispered a little prayer that I wouldn’t totally embarrass myself. Divine intervention came to the rescue again.

I also gained a better understanding of the industry when I became editor of Cotton Farming in 2000 after being managing editor for six months. To walk through cotton fields with farmers across the Belt is an experience I will never forget. Each farmer had a story to tell, and it was rewarding when I could share those stories.

I retired in 2015 for a very good reason. My mother was battling cancer and eventually passed away in 2016. She loved reading Cotton Farming and always gave me positive feedback every month even if the topics were complicated.

For someone who had grown up in a sharecropping family that moved from town to town in the 1930s, that was high praise. It’s one thing to receive reactions from industry leaders across the country after writing a story. But there was something special when my mother offered her opinion. I always listened to her.

I am glad the cotton industry allowed me to be a part of this experience for nearly three decades. The memories will never die, and I cherish every friendship made.