Home » My Turn » The Dads You Didn’t Have to Be

The Dads You Didn’t Have to Be 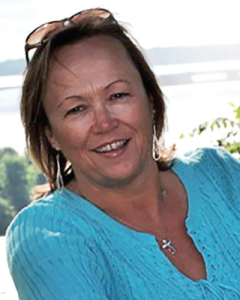 That conversation was held about 18 years ago. The boy was 7 or so. The team mom’s heart broke again as she overheard the conversation. The blond boy was her son. His absent father was her ex-husband. But life for these two changed dramatically that same year when the mom moved from being a newspaper reporter to editing a farm magazine.
That’s when my son gained a whole industry filled with people who provided direction and caring to the growing boy whose father couldn’t manage his own broken life. This is a thank you note to all of you — and an update to those who once followed my magazine column and kept up with that growing boy.

This is a thank-you note to all of you.”

It’s a thank you to the farmer who years later asked about my son. I didn’t remember visiting his farm. He remembered because he prayed when we left. “I was so worried about you getting home,” he said. “It was just the two of you in that old car.”

To the industry friend who took the time to discuss the merits of a couple knives Rusty was considering for purchase with his chore earnings. He was in the market for just one.
To the farmer in whose field my son said the ultimate dirty word — without knowing either the definition or the weight of such a word.

To the peanut farmers who laughed when they heard: “Mom? Mom?” over the walkie-talkie. We were at a conference and he was old enough to be on his own in our room for short periods, but not quite old enough for a cell phone. Those walkie-talkies were our lifeline during the conference.

And to the farmers who let him be the elevator operator during a meeting in Savannah. We’re especially thankful to the one who told him that he’d have to go to college if he really wanted to be an elevator operator when he grew up.
In an industry full of role models, agriculture also staffs a deep bench for parenting decisions. In addition to family, I frequently went to farmers for advice on how the stern side of the parenting equation makes decisions. As a mom, I’m better at soothing hurt than meting out discipline.

Then, about halfway through raising this boy, I was forced to take a job outside of ag. Two years later, I was blessedly welcomed back into the industry. When leaving the temporary job, the director wanted to know what the other job offered — my response was quick: “You’ve got a lot of good people here, but in agriculture I work every day and almost exclusively with people who have the same priorities in life that I do: God, country, family.”

The director wanted to come with me. Working in the agriculture industry gave me the opportunity to raise my son first and do my job second. For instance, when my choice his senior year of high school was to miss his last home game on the soccer field or slightly adjust attendance at an important cotton meeting, the boss told me to be at the game. That’s not the way most single moms get to order their priorities; more often, they must focus on the job ­— the essential paycheck.
Those who have never worked outside agriculture may take this life for granted. Those who have never worked in agriculture can’t imagine this world still exists; it’s an Opie Taylor fantasy.

For one little blond boy and his momma, agriculture was a saving grace. We know raising children on a farm with two parents is ideal. Raising a boy as close as we could get to the farm with a momma and a whole team of role models worked the trick. He’s a 25-year-old college graduate with a solid job in construction management in south Florida. We raised an adult. Thank you.