The Fabric of My Life

In August of 1978, I was two weeks old when we moved into our new house. It was just outside of Princeton, N.C., and across the road from the home of my maternal grandparents.

The agriculture industry is full of great people.”

Like many in his day, my granddaddy operated a small farm. He kept a herd of 20 to 30 cows, eight to 10 hogs and tended about 80 acres of land. The majority of the land was planted to grain, and much of it was used to feed the livestock. But every year the best land was dedicated to tobacco, or what we called the “Golden Leaf.”

My passion for agriculture was developed at an early age. As a child, I loved to help granddaddy farm. By the early 1990s, when I was old enough to be of any real help, he retired. At age 13, I wanted to earn my own money, so I got a job “barning” tobacco. Harvesting tobacco, then taking it out of the barn after it was cured, was hot, dirty and strenuous work, but I was proud of my job.

In 1996, a few weeks before I graduated from high school, our horticulture teacher, Mr. Worley, told the class about a summer job opportunity. “White Gold” was making a comeback in North Carolina around then, and a crop consultant named Danny Pierce was looking for some cotton scouts. Mr. Worley explained the job description and for someone who had spent the last few summers in a tobacco field, scouting cotton sounded like a job promotion!

That summer went by fast. I liked scouting cotton and working for Danny. Throughout college, I continued to work for him as much as possible. We spent the fall and winter taking soil samples, and spring was spent in a greenhouse raising tobacco plants to sell for transplanting. In the summer, it was back to the cotton field.

After graduating from N.C. State University, I spent the next few years working in the cotton industry in various capacities. In 2006, I was hired as Program Manager for the Boll Weevil Eradication Foundation of North Carolina (BWEFNC). In addition to running the day-to-day operations, I was tasked with transitioning the program from an eradication mindset to one of monitoring. It was during this time I had the privilege of getting to know Billy Carter.

Billy was CEO of the North Carolina Cotton Producers Association and also served as the Secretary/Treasurer for the BWEFNC. He was one of three people on the hiring committee when I was being interviewed for the Program Manager position. Billy didn’t say much during the interview, but he had a presence that spoke volumes. On Dec. 23, 2010, like many times before, Billy and I met for lunch. I assumed our meeting was to discuss the Boll Weevil Eradication Program. After some small talk, Billy said he was planning to retire in a couple years and asked me to consider replacing him as CEO of the North Carolina Cotton Producers Association. Unfortunately, sometimes life doesn’t go according to our plan. On Dec. 27, Billy was on his way home from the office and was involved in a serious car accident. He passed away on Jan. 1, 2011, from injuries sustained in the crash.

It was standing room only at Billy’s funeral. Mrs. Beverly, Billy’s wife, had a section reserved for their cotton friends. I was honored she asked me to be a part of that group; however, there were many there I didn’t know. Over the years, Billy had numerous friends across the Cotton Belt.

Over the past several years, I’ve had the pleasure to meet and get to know many of Billy’s cotton friends. The agriculture industry is full of great people, but in my opinion, the cotton industry has the best of the best.

My passion for agriculture is stronger today than ever before. As a native of Johnston County, N.C., the “golden leaf” still shines in my heart, but cotton will always be the fabric of my life! 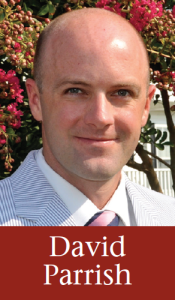