Home » My Turn » The Newest Frontier 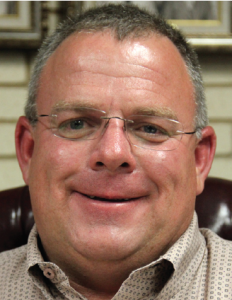 Being a farmer, especially a cotton farmer, is a challenging yet rewarding occupation that today seems to be very underappreciated by our consuming society as a whole. The profession of an agriculturalist was once viewed as a noble and proud profession.

When did that change? Many of this country’s founding fathers were farmers looking for personal freedom, religious freedoms and independence from an oppressive government that was denying these individual rights. These founding fathers set out on a new frontier to make a better country for their families and fellow citizens.

They also realized that this new country needed commerce and mechanisms to produce wealth for its citizens to thrive and afford those freedoms.

Although times are tough, not all hope is lost.’

In 1796, Benjamin Franklin was quoted as saying, “There seem to be but three ways for a nation to acquire wealth. The first is by war, as the Romans did, in plundering their conquered neighbors. This is robbery. The second is by commerce, which is generally cheating. The third is by agriculture, the only honest way, wherein man receives a real increase of the seed thrown into the ground, in a kind of continual miracle wrought by the hand of God in his favor, as a reward for his innocent life and his virtuous industry.”

I tend to look to history to inspire and motivate me in times of concern. This certainly appears to be one of those times as a cotton producer. It is a new frontier for me as a cotton producer. We have sustained four years of horrific drought throughout Texas and have survived up to this point by our adaptation, grit, hard work and determination to carry on a profession that I personally feel is vital to our great nation’s security.

Has our society come to the point where it takes for granted that we have the world’s most abundant food and fiber available to its citizens and does not appreciate the efforts of the modern day agriculturalist to provide this nation with that abundance? Time will tell, I suppose.

As we look to the 2015 crop year, cotton producers face a particularly difficult set of new challenges we have not seen in quite some time when it comes to Farm Bill policy as compared to previous decades. As a cotton producer, I have not seen a more challenging time in my career. It is nearly enough to make a farmer give up on cotton and switch to other crops.

So what does the producer on the High Plains of Texas do with cotton cash prices in the 50-cent range, weak Farm Bill policy, herbicide-resistant weeds, $650,000 cotton harvesters, high fertilizer prices, labor shortages and bags of cotton planting seed priced higher than a bale of cotton is selling for?

This cotton producer will look to the past for his answers. My dad, who was a cotton ginner for 53 years before retiring three years ago, often makes the following comment when people try different crops out here: “That won’t work long. Cotton built this country, and cotton will sustain this country.”

Although times are tough, not all hope is lost. We were blessed with tremendous rainfall last fall, and for the first time in five years we have a full soil moisture profile to start a crop. We undoubtedly will persevere if we adhere to the basics for which our founding fathers fought. We benefit by learning from the past and will tackle this new frontier by using the wisdom of our country’s founding fathers when they faced their new “frontier.”

May God bless our nation and best wishes to you as you battle the new frontier in 2015.