Transformation of a City Boy 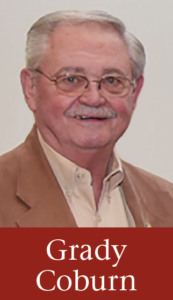 I was raised in the small town of Wisner, Louisiana. My mother was a registered nurse, and my father was a barber. Agriculture surrounded us, but I was a city boy. I didn’t know the difference between a cocklebur and a cotton plant.
Before summer began between my junior and senior years of high school, Ray Young, a consultant who also lived in Wisner, asked my dad if it would be all right if he asked me to be a field scout for him. Of course, Dad said, “Yeah, that would be a good idea.”

Ray’s offer was to move me from Wis-ner to Lecompte, Louisiana, along with three other guys to consult on cotton. The most exciting thing to me was not that I was going to work, but I was going to move and live on my own with three other guys. After the second summer, I was in school at Northeastern in Monroe, Louisiana, studying medical technology of all things. I decided to get into agriculture and transferred to LSU where I received a B.S. degree in general agriculture in 1967, a Master’s degree in entomology in 1969 and my doctorate in 1974.

When we were working in Lecompte, I met my soon-to-be bride, Barbara, in the grocery store where we did most of our shopping. The first year I didn’t even work up guts enough to ask her for a date. But I did the second year, and we married in December 1965.

I worked eight summers as a field scout for Ray. By the time I left, I was a certified consultant. When I think of mentors through the years, Ray is at the top of the list. Howard Anderson, our scout supervisor, taught me a lot about cotton, and Dr. Sess Hensley, my major professor during my graduate work, mentored me then and also when I started my own business.

In 1972, I worked in Extension as a cotton pest management specialist for three years. It was a great experience, but I had never lost my hankering to get into consulting on my own. After discussing it with Barbara, we decided to start our business — Pest Management Enterprises — in 1975. Another young couple, John Thomas and his wife, Mary, of Rawls, Texas, joined us, and we worked together for five years. Luckily, Ray Young was willing to help us get started.

I am a founding member of Louisiana Agricultural Consultants Association and NAICC. In my view, both organizations evolved from a single purpose — to have an avenue where those of us in a like business can sit around a table and talk about issues and compare notes. We also are a resource for our state and national legislators to assist them on ag-related issues.

We have always done contract research, but in the early days, it was a lot different. After the EPA was founded and the FIFRA Act was implemented, it evolved into a complex system of checks and balances to make sure trials are conducted properly and the end result is unbiased.

I’ve backed off from consulting after my knees got bad on me. But I am still very active in our contract research business. What I have enjoyed most about being a consultant are the personal relationships I’ve had and retain to this day with every client. It is something I deeply cherish.

I’ve enjoyed my career as an independent crop consultant, but I never would have been successful without the support of my wife, our two children — Debbie and Chad — and our entire clientele. Barbara is our business and administrative manager. She is really the boss because she signs every check. I hardly ever get to sign a check!

Barbara has been my backup and the support I needed to handle those few times when I thought everything was going to hell in a handbasket. She always managed to put things back into a logical perspective. It’s been a good life.