Twists Of Fate Guided Me To Cotton 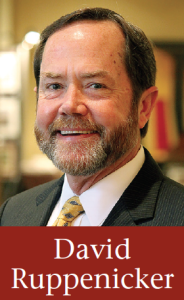 It surely must be those indelible moments etched in youthful memories that somehow mold or guide us toward what we eventually become. For me, it could have been that family friend I visited often in McComb, Miss., on what many folks might call “Old McDonald’s Farm,” or possibly our annual summer vacation to Georgia where I picked peaches with my grandparents. Whatever lured me toward wanting to be a country boy, I thought the best way to make that happen was to become a farmer.

Having grown up in the suburbs of New Orleans, it would have been more logical for me to pursue a career in hotel management, or become a chef, or even a Blackjack dealer. However, I was undaunted in my pursuit of perceived happiness, and something inside kept pushing me toward farming. While working to become an Eagle Scout, I forced myself to listen to country music. To a boy raised on rock and roll, that took more than a modicum of dedication and tolerance!

Even today, my two favorite hobbies are hunting and fishing. With my love for the outdoors and my internal drive, commitment and work ethic established through scouting, I thought I could pursue a career as a wildlife biologist if farming didn’t work out. Agriculture ultimately trumped biology, so I found myself studying ag business at Southeastern Louisiana University after deciding LSU and Baton Rouge didn’t quench my thirst for a country lifestyle. My best friend was the son of a dairyman, so I worked on their family farm for several years. Round hay balers were commercialized, but my friend’s dad would have nothing of it, so we hauled mountains of square bales in the summer heat. I soon started to question the farmer thing.

Early in my collegiate career, I learned a cruel lesson. If you were not born into or married into a farming family, the probability of success in production agriculture in the late ’70s was slim to none. Toward the end of college, fate dealt me a lucky hand. I learned my in-laws’ neighbor was a sugarcane farmer who served on the board of the Louisiana Farm Bureau, and a position opened up for which I was qualified. After turning my graduation tassel, I was hired as their southeast field representative. Before long, I was promoted to the Commodity Department where I handled sugarcane and grain crops.

The hands of fate pointed me in yet another direction when the National Cotton Council hired my boss, Craig Brown. His two main commodities at the Farm Bureau were cotton and rice. I soon learned that in addition to sugarcane, I would inherit another commodity of my choosing – rice or cotton. Cotton was no stranger to my family. My father attended Georgia Tech on the GI Bill and graduated in textile engineering. Over his 41-year career at the USDA Southern Research Center in New Orleans, he worked on cotton innovations – sometimes with textile researchers at Cotton Incorporated.
After almost 14 years with the Farm Bureau, I was hired to run a new consortium of cotton interest groups in Louisiana. In 2000, I was hired by Southern Cotton Growers in Dawsonville, Ga., to replace their long-time CEO, Bob Tucker. My mother passed away shortly before I took the job. As a native Georgian, she would have gotten a kick out of knowing that out of all the places I could have ended up, I wound up in her home state.

I reminisce with great fondness about the many farmers, farming families and regional industry leaders whose interests I have represented during my 36-year career. It has been a close second to actually being a farmer. To say it has been a labor of love and luck is an understatement. As fate would have it, I was able to attend the last Beltwide Cotton Conferences that my father attended as a cotton textile professional. That, in and of itself, was pretty cool.