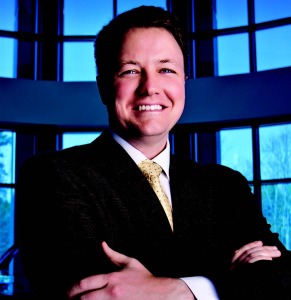 In recent crop years, Chinese import demand was supported by official cotton policies. The defining element of these policies was a government stockpiling program that enforced price guarantees made to producers by physically taking possession of bales.

Guaranteed prices of 50 cents per pound or higher than international levels motivated 85 to 90 percent of the Chinese harvest to flow into the reserve system during the last two crop years. With only intermittent sales of this reserve cotton within the country, Chinese mills relied increasingly on cotton shipped from overseas.

Access to the international market is controlled by the Chinese government through a quota system. While higher import volumes have been permitted, recently the Chinese government has signaled that it will restrict imports in 2014/15 in order to encourage use of domestic Chinese cotton. This change is part of a larger set of reforms that has eliminated use of the stockpiling program to guarantee prices.

New System For China
A new target-based system allows for producers to be supported while facilitating the flow of cotton from Chinese fields to Chinese mills. The increased availability of Chinesegrown cotton, along with the potential for releases of government controlled supplies, promise lower levels of Chinese imports.

“Chinese reforms will create another set of difficult conditions for Chinese spinners,” says Jon Devine, senior economist in the corporate strategy and program metrics division at Cotton Incorporated. “The changes to Chinese policy may be part of a larger strategy by the Chinese government to de-emphasize the textile sector in favor of industries that could offer higher revenue. This shift should push more U.S. cotton into other emerging markets, such as Vietnam and Indonesia.”

Reaching Chinese Consumers
The promise of growth in global cotton demand resulting from increased demand from Chinese consumers is not guaranteed and is contingent on cotton maintaining a strong percentage of market share against synthetics. This underlines the importance of marketing campaigns that emphasize cotton’s qualities and maintain consumer preferences for cotton.

Cotton Incorporated is dedicated to promoting cotton to Chinese consumers. The most recent effort is a program known as “Mian is,” which means “Cotton is.” The promotion uses traditional media, social media and the Web to reach consumers and key opinion leaders in Chinese markets.

The Cotton Board, which administers Cotton Incorporated’s Research and Promotion Program, contributed information for this story.