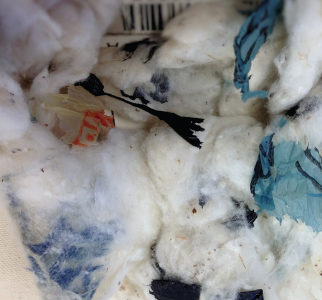 Cotton Incorporated is part of an industry-wide effort that includes The Cotton Board, National Cotton Council, National Cotton Ginners Association and USDA-ARS to prevent and bring awareness to the contamination issue.

Dr. Ed Barnes, senior director of agricultural and environmental research at Cotton Incorporated says, “Contamination prevention is critical for the preservation of the reputation of the U.S. cotton industry. Contaminants can end up in yarn and fabric products, resulting in defective fabrics and significant costs to textile manufacturers. It can also reduce the value of cotton to the grower.”

Steps For Prevention
Dr. Tommy Valco, USDA-ARS technology transfer coordinator in Stoneville, Miss., has been compiling a list of steps to prevent contamination from the field to the gin. Plastics are the most frequent culprit in contamination – plastic trash that collects in cotton fields, black plastic film used as mulch in fields, plastic twine typically used for baling and yellow plastic film used for round module wrap can all end up causing contamination.

These contaminants are typically introduced prior to ginning, but mechanical processes at the gin can break up and shred the plastics so that they become more difficult to detect and remove. Therefore, the best time to remove plastic is when it is still in large pieces and not after it has been shredded by gin equipment.

When handling round modules, safe cutting zones must be identified to prevent the inner tail, which is not in contact with the tacky portion of the second segment of the wrap, from being separated from the wrap and ending up in the cotton. If it does make its way into the cotton, there is a high probability that it will end up in the gin and be shredded into small pieces, thus contaminating the bale. 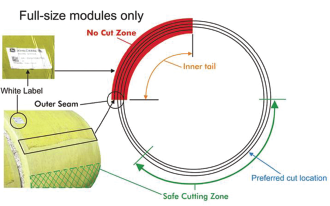 Another step in preventing contamination is replacing worn or torn module covers. It is important that module covers are in good condition to protect cotton from moisture and foreign debris.

It is also important to use only approved marking ink, like Brand-A-Bale or Sta-Mark. These inks are only available in black. Any other color indicates a non-approved ink that would likely cause permanent discoloration to the cotton, resulting in major problems at the mill.

For U.S. cotton to maintain its status as “contamination-free,” the industry must strive diligently to prevent contaminants from entering the cotton stream and to eliminate them when they slip in undetected.

The Cotton Board, which administers Cotton Incorporated’s Research and Promotion Program, contributed information for this article.