In counties throughout California, farmers and ranchers are working to improve the quality of water that leaves irrigated fields by using best management practices to reduce sediment, silt and other materials through regional Irrigated Lands Regulatory Programs. The managers of one successful program say a new order by a regional water board will mostly likely raise the costs for farmers to participate.

Since 2000, the Imperial County Farm Bureau has taken a leadership role in creating and overseeing operation of the TMDL Voluntary Compliance Program. TMDL stands for the total maximum daily load of potential contaminants that must be achieved to meet water-quality standards. 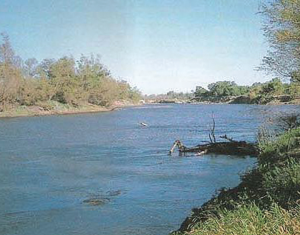 California farmers have been proactive
in reducing the amount of silt entering
the state’s rivers.

Working with their regulatory agency – the Colorado River Basin Regional Water Quality Control Board – Imperial County farmers have prevented more than 33,000 tons of silt from entering the New and Alamo rivers and ultimately the Salton Sea.

“The Imperial Farm Bureau stepped in, and we developed guidelines for the TMDL program,” says Farm Executive Director Linsey Dal, who manages the program. “It has been the most successful TMDL program in the state. We’ve won awards, and the target goals that were set? We blasted through them with no problem.

“The reason it is so successful is that it is simple. It allows farmers to do what they needed to do. We told them, ‘Do whatever works on your land, as long as you meet the goals.’”

With nearly 100 percent participation by Imperial County farmers, the program had operated, until recently, under a “conditional prohibition,” which means there is no charge to producers, and it does not expire. Participating farmers develop best management practices for controlling pollutant runoff and then prepare plans for their farms.

“When we started, within three years we had met the goal set by the regional board on one of the rivers, and we had 99 percent signup; there were 450-plus farmers participating, and almost all of them signed up for the program,” says Al Kalin, on-farm consultant for the Imperial County Farm Bureau program.

Kalin, a farmer in Westmoreland, says giving farmers flexibility to meet the water standards “has worked exceptionally well, and some farmers have had some really novel ideas that nobody had even thought of before,” because they know their fields better than anybody. Soon, he says, the regional board was impressed with the farmers’ results and wanted to analyze what management practices eventually proved most effective.

“Every farm is different, every field grade is different and fields have different crops, so I invited the staff down to tour the area,” says Kalin. “I showed them what we were doing, why we were doing it, and basically educated them.”

Another Effort Underway
As a result of Imperial’s success, the Palo Verde Irrigation District expressed interest in modeling a program after the one offered by the Imperial County Farm Bureau. In that process, Dale says, the regional board approved the plan, but it was not approved by the State Water Resources Control Board, which directed the regional board to adopt a conditional waiver instead of the existing conditional prohibition.

A conditional waiver must be renewed every five years and can require farmers to pay fees to fund the water board’s activities. The state board also ordered that those in the region that currently operate under the conditional prohibition change to a conditional waiver.

Goals Being Reached
Recently, the regional board approved the conditional waiver, and the Imperial County Farm Bureau had until mid-February to submit a letter of intent to develop and implement a Coalition Group Compliance Program.

“We continue to meet the goals, and we are being forced into a conditional waiver and again, nothing in the program is changing except that my guys are having to write a big, fat check at 75 cents per acre,” Dale says.

“A year ago it was 52 cents per acre, so that 75 cents per acre equates to approximately $355,000 that the State Water Resources Control Board is going to get.”

Christine Souza is an assistant editor of California Farm Bureau’s Ag Alert. Contact her at csouza@cfbf.com.