Business owners around the country have joined with farmers and ranchers in speaking out on the Waters of the U.S. (WOTUS) rule. More than 30 states also oppose the rule. Yet, even in the face of mounting opposition, the EPA still isn’t listening.

Environmental Protection Agency (EPA) Administrator Gina McCarthy has unveiled her latest, campaign-style WOTUS spin, calling the effort the “Clean Water Rule” – as though a bumper-sticker approach to a complex regulation would change anything for people so profoundly affected by her agency’s actions.

Slogans may matter more than facts at the EPA, but the details still matter to farmers and ranchers who know full well the importance of clean water. We depend on it for our livelihoods, after all. Our biggest objection, in fact, is not about clean water. It’s about land.

McCarthy insists that the rule will allow business as usual for agriculture. She has said farmers and ranchers won’t need special permits “to go about their business.” But what she’s saying just doesn’t match up with the language of the rule. Anyone who’s been out on farmland k 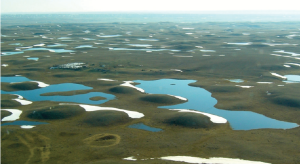 Lakes and wetlands in the Upper Midwest might be affected by EPA’s new water rule.

nows that water collects in spots that aren’t regular water sources for anything else, let alone major streams and rivers.

Targeting Prairie Potholes
Prairie potholes are a good example of the “waters” the EPA is targeting. These isolated wetlands are sprinkled across the Upper Midwest and Northern Plains. By pooling these isolated features together, the Waters of the U.S. rule would let the agencies treat them as a “significant nexus” to streams and rivers – an idea that’s simply not supported by law or common sense.

Together, the prairie potholes in a region could be treated just like a large body of water, even though the end result would be more control over land, not water – something that Congress never intended.

Statements like this hint that the agency is looking to broaden the rule by making it more ambiguous, not less.

Farmers and ranchers can’t afford the steep fines that regulators could impose for normal farming practices. And farmers aren’t looking to sidestep regulations: We have the most to lose if one of our most valuable resources is compromised. 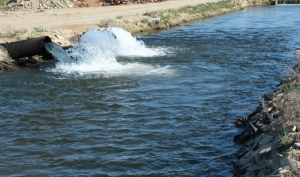 Any rule affecting California’s water system will be closely scrutinized by farmers.

Simplifying Regulations?
EPA claims that it’s simplifying regulations and making them easier to follow, but the fine print tells another story. No matter what name the agency gives its rule, it can only lead to needless pain for agriculture and businesses across the country.

If EPA won’t listen, perhaps Congress will. Please let your senators and representatives know that farmers, small business owners and state and local governments are looking to them to stop the Waters of the U.S. rule.

Bob Stallman is president of the American Farm Bureau Federation. For more information, visit the organization’s website at www.fb.org