New pesticide regulations issued by the U.S. Environmental Protection Agency (EPA) mean state regulations will need to change to harmonize with the federal rules – but in California, observers expect those changes to be relatively minor. 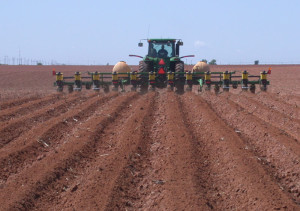 EPA announced revised Agricultural Worker Protection Standard regulations in what it described as an effort to reduce risks of injury and illness for ag workers and chemical handlers who use and come into contact with the products at farms, forests, nurseries and greenhouses.

The federal regulations will take effect in 14 months, revising rules originally issued in 1992. But many of the regulations already apply in California. Bryan Little, California Farm Bureau Federation director of employment policy and chief operating officer of the Farm Employers Labor Service, monitored development of the original EPA rules and later revisions when he was employed by the American Farm Bureau Federation (AFBF).

Differences In Two Areas
Little said that during an initial review of the new federal regulations, he saw at least two areas where differences exist with rules already enforced by the California Department of Pesticide Regulation. One relates to training of farm employees on working with and around agricultural chemicals. The current federal regulation requires training every five years; the new regulation changes that to one year.

The other change relates to the minimum age of employees who work with or around ag chemicals. For years in California, a handler or applicator had to be 18 years of age. The new federal regulation requires a minimum age of 18 not just for handlers and applicators, but also for employees who perform what is called early entry work in a treated area.

Other Specifics of the New EPA Regulations

Science-Based Approach
AFBF is reviewing the final revisions to the EPA regulations in hopes that the agency adhered to a science-based approach in guarding against risk, according to Paul Schlegel, AFBF director of environment and energy policy. “Farmers and ranchers are committed to the safe and effective use of all crop protection tools, and Farm Bureau agrees that chemicals should be handled with care, whether to protect a small home garden or rows of crops on commercial farmland,” he says.

AFBF filed extensive comments on the proposal more than a year ago, and Schlegel said that both then and now, EPA could not justify the regulation it was proposing. Members of a farm owner’s immediate family are exempt from most requirements of the EPA regulations. The agency expanded the definition of “immediate family” to include in-laws, grandparents, grandchildren, aunts, uncles, nieces, nephews and first cousins.