EDITOR’S NOTE – Bob Glodt is a veteran crop consultant who resides in Plainview, Texas. He is a former Cotton Consultant of the Year and president of the National Alliance of Independent Crop Consultants. In this report, he discusses how heavy rainfall in Texas may create numerous agronomic challenges for producers. 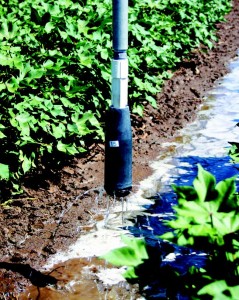 Heavy spring rains will have a positive impact on soil moisture profiles in Texas cotton fields. But quetions remain about irrigation management for the rest of the season.

One reason I like production agriculture is because no two years are ever alike. You have to muster all your agronomic skills to deal with the crazy situations that Mother Nature hands to you. This year’s craziness has been continuous rainfall at planting time when we were supposed to be experiencing a drought.

We received so much rain that fields were planted piecemeal as opportunities arose. In many cases, planting opportunities boiled down to having only a few hours in which to plant rather than several consecutive days.

This is the first time in my 35 years as an agricultural consultant in the Plainview, Texas, area that rainfall has delayed cotton planting to the extent that many producers made the decision to switch from cotton to sorghum or corn because the probability of maturing an irrigated cotton crop that was planted in June was significantly diminished.

What Should Farmers Expect?

So, what’s next? On the positive side, most areas are starting with a full soil profile of moisture. This will be beneficial to all crops we grow. But, if drought conditions do arrive later in the season, a full soil profile at planting will be of little consequence without timely in-season rains or irrigations.

On the not-so-positive side, there is no question we will be dealing with more weed problems, and these problems will more than likely be different from field to field. Earlier planted crops that received heavier and prolonged rainfall will see pre-emergence herbicides lose effectiveness earlier than expected. In addition, heavy rainfall probably leached nitrogen out of the profile. Supplemental nitrogen applications may be in order this year.

Aphids and sorghum midge in grain sorghum and mites in corn would be two of my concerns. In other words, producers should be sure their fields are scouted thoroughly and timely for insects and weeds.

Undoubtedly, there will be other surprises. Contact Bob Glodt in Plainview, Texas, via email at agri@amaonline.com.