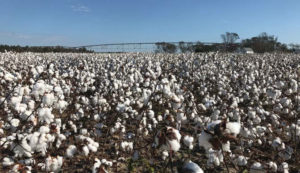 A state program aimed at teaching farmers and other pesticide applicators how to properly apply pesticides continues to limit pesticide drift in Georgia.

The educational training system, called “Using Pesticides Wisely,” was created by University of Georgia Cooperative Extension and the Georgia Department of Agriculture. UGA Extension weed scientist Stanley Culpepper developed the training and credits Georgia farmers’ excellent teamwork and decision-making for the low number of pesticide drift complaints in Georgia in 2017.

Since trainings began, drift complaints to UGA Extension offices have been reduced by 68 percent. In 2017, there were more than 2,700 official investigations into auxin off-target deposition across 24 states; there were no reported cases in Georgia.

“While this year’s season is still ongoing, currently the number of official investigations into auxin off-target drift is remarkably low,” Culpepper says.

UGA research has identified 15 factors that should be considered to successfully manage off-target pesticide movement, including the spray nozzle, spray pressure and spray speed. Understanding the influence of boom height and land terrain is also extremely important.

It’s paramount that pesticide applicators understand the sensitivity of plants near treated areas, Culpepper says. This can help applicators determine where they should not apply a particular herbicide.

All of these factors are highlighted during the trainings that educate Georgia farmers and other pesticide applicators, many of whom are experiencing this type of in-depth training for the first time.

The classroom training was supplemented by a one-on-one training program established in 2017 to provide education in the field. UGA Extension agents visited with applicators to reinforce what they taught in the classroom.

“The one-on-one trainings gave county agents another opportunity to train and educate growers and applicators about the numerous factors that affect drift. It was an opportunity to meet and form relationships with not only growers, but also the farm applicators and hopefully help them avoid potentially bad drift situations down the road,” says Jeremy Kichler, Colquitt County Extension coordinator and Agriculture and Natural Resources agent.

“Her support ultimately allowed Extension to commit an untold number of hours to the project over the past four years,” he says. “I don’t think there’s anywhere else where the county agents actually give the one-on-one applicator trainings like we do here in Georgia. That doesn’t happen withou an administrator who understands the value.”

Georgia farmers grow more than 40 high-value vegetable and fruit crops that are highly susceptible to drift damage, especially when they’re produced near row crops like auxin-tolerant cotton and soybeans. Growing up on a family farm in North Carolina, Culpepper understands what’s at stake for farmers and the need for growers to be better stewards of resources.

“When you’re helping an applicator or grower get better because they want to get better, there’s nothing more rewarding,” Culpepper says. “When it’s your best friend’s farm or your family’s farm, you’re around it day in and day out — then you have a reality check.

“That’s what keeps me focused. I know in our state that if you’re applying pesticides, you want to be successful making only on-target applications. It makes no sense why you wouldn’t.”

For questions regarding pesticide drift or other agricultural-related matters, contact your UGA county Extension office at 800-ASK-UGA1.